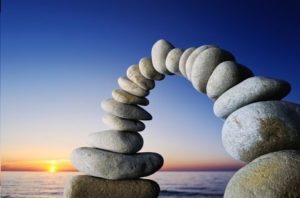 It’s being said that our stress level is a hundred times that of our ancestors just a century ago. With stress being called “the illness of the 20th century”, it’s no surprise that stress management is now a trend, especially since the 21st century doesn’t seem to fare better, stress-wise. Among the many methods put forth by health gurus, the millennia-old practice of meditation is gaining traction in the fitness community, thanks to its time-proven effectiveness but also for its powerful influence on hormonal status, in particular cortisol. I’ve talked about my own practice of transcendental meditation in the past, as it’s a part of my arsenal to perform at a high level and age well. It’s no secret that other high achievers such as Arnold Schwarzenegger, and Tim Ferris are advocates of the method as well.
But the health & fitness industry is not the only one paying attention, either. The field of neurosciences has been taking a closer look at meditation and their findings are making meditation look like the next big thing. With medical imagery and modern measurement methods, they are putting forward evidences that meditation can do fantastic things, such as slow aging, remodel the brain, and even regenerate parts of it. And it takes only a few minutes a day
I made a short list of 5 very good reasons why anyone should meditate.

The most obvious and talked about benefit of meditation – calming the mind and calming the body. That is how it has been sold to Westerners and how it is being used today by most people. Jon Kabat-Zinn of the University of Massachusetts’ Center for Mindfulness even popularized the use of the term “mindfulness”, which is the preferred term in research.
Stress arises from many sources: physical, metabolic, mental and emotional. But feeling stressed is related to the perception one has of the current situation, so the focus in research is on the mental and emotional aspects of stress. Many studies (1-4) have shown that meditation or mindfulness-based stress reduction (MBRS) improves people’s perceived stress and help feeling calmer, less dominated by thoughts and feelings that pop ups randomly or can’t be quieted down. In essence, it helps in blocking out the “chatter” in one’s mind. Or as Tim Ferris puts it “shuts off the monkey brain”.
And just as in strength training, one of the big question about meditation is the dose-response. In other words, how much does it take to be effective? Turns out that a study out of Carnegie-Mellon (4) showed that only 25 minutes a day has positive impacts on perceived stress levels, even though the meditation group actually had higher levels of cortisol. This is thought to be because using the meditation training during periods of high stress was an added stressor in itself

It was once thought that after adulthood sets in, the brain and the nervous system did not change. What you got was to remain the same throughout life. Well, it turns out that neuro-plasticity is much greater than what was previously thought, and meditation might be a potent weapon in remodeling your brain for the better…. So yes, there is hope for your brother-in-law after all!
The study that drew the most attention from the media about this was the 2011 Harvard study that found that 8 weeks of mindful meditation can regrow cortical gray matter, where more complex neuronal activity takes place. More precisely, the study found that that the volume of the hippocampus increased, and the volume in the amygdala decreased, which is good news since the former plays a role in emotion control and is considered the “me” center of the brain, the brain where conscious self-references occur, while the latter is associated with fear, anxiety and, you guessed it, stress. All of this is thought to be responsible for the emotional and mental benefits associated with the regular practice of meditation.

Benefit 3 – Fights aging of the brain

There is a saying in functional medicine that I often like to quote: you are as old as your arteries. Well, when it comes to cognition, you quite literally have the age of your brain. We already know that the high level of cortisol can age your brain prematurely, but any type of prolonged exposure to stress will eventually promote negative adaptation in the brain.
However, the effects of meditation extend beyond just the brain. A recent (2015) study (5) showed that meditation and lifestyle changes promoted the activity of specific key genes responsible for the activity of the enzyme telomerase, who regulates the body’s genetic markers for longevity called telomeres. Telomeres act a sort of protective caps at the end of our chromosomes and thus are implicated in cell aging, reproduction and protection of its genetic material. Hence transcendental meditation (the form used in the study) can literally make you age slower.
Going back to brain benefits of meditation, it’s worth mentioning that in a previous studies to her famed 2011 Harvard study, lead author Sara Lazar and her team had picked up on increased cortical thickness of another area of the brain, the insula. Though is at the moment it is believed to be related more to long-term practice of meditation rather than short term, it’s worth mentioning that the insula has among its function homeostasis, the balance of autonomic and visceral bodily functions that keep us alive. So this is two-for-one for ageing well, as homeostasis regulation is one of the function that degrades as humans mature. 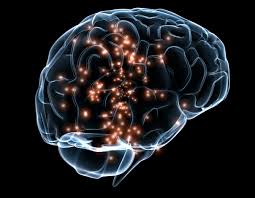 Who has enough of those two nowadays? Especially in the over caffeinated, social media addicted society that is ours. A study out of Yale (6) showed that meditation or mindfulness decreased the activity of a system called default mode network (DMN), also known more colloquially as the monkey-mind. The DMN is responsible for mind wandering and lack of attention. When active, it is thought that at least 30% of our time is spent thinking about something other what we are currently doing, although that percentage varies of each activity. A greater ability to switch off DMN thus provides improved concentration, both in terms of number of interrupting thoughts and in duration of attention. It’s also interesting to note that mind wandering has been associated with unhappiness and that more focus on what you are doing can result in an increased sense of happiness.

This is another well-known benefit of meditation that is backed-up by science (7-17) A recent study (18) even found mindfulness and meditation to be useful in controlling post-traumatic stress disorder (PTSD) and reducing its harmful effects (19). Scientific evidence points in the direction of the improvements in gray matter thickness, and more precisely in hippocampal activity, as being associated with this benefit.
So should you meditate? The real question is more why haven’t you picked up the habit yet. Your health and performance in the gym and in life will improve. Other than exercising, I can’t think of a better investment that a habit taking few minutes a day can bring.

Be mindful!
Charles
P.S.
Here is bonus piece of highly valuable info: I highly suggest your watch this TED Talk on mind wandering and happiness. It will nail the final nail in the coffin –