Skip to content
What Women Must Know about Lifting

The topic of how women should train is often discussed in national and international strength coaching and personal training conferences. Many strength coaches and personal trainers believe both genders should train the same. From my research and experience, I contend there are several important points to consider when designing a training program for a female client. Here are five of them:

1) Females have androgen levels that are 20-30 times lower than males. This means their hypertrophic response, or capacity to grow muscle, is lower – as is their ability to handle greater volumes of work. 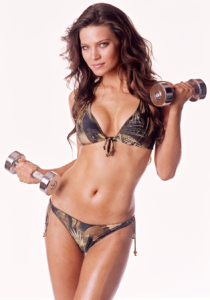 Females have lower androgen levels than males, affecting their ability to build muscle size. (Lead photo and this photo by Miloš Šarčev)

2) Compared to males, females have only about two-thirds the number of nuclei in their muscle cells. Because they have fewer nuclei, their ability to “read the message” sent by circulating androgens is less than males. This distinction suggests that strength coaches and personal trainers need to reevaluate the number of total sets and exercises performed in a workout when training a female client.

3). Females have better relative strength endurance than males. In other words, at a given percentage of their one-rep maximum for a lift, they’ll outperform males. The practical application here as it relates to program design is that females will be able to perform more reps than males, given a specific intensity zone of training. For example, males may be able to do 6-12 reps at a weight that’s between 70-82 percent of their maximum, but females may do between 10-19 reps at the same percentage.

4) Females have biomechanical differences, such as elbow angulation (the angle of the forearm in relation to the upper arm) and hip width, that affect their training response. Therefore, the exercise prescription may need to be adjusted to fit the “mechanics” of the female. For example, the limiting factor in the bench press for a female may be their triceps strength, so they might benefit from a higher volume of direct training on this muscle group. 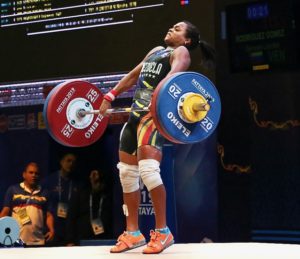 5) Cultural differences may influence exercise selection. In North America, females are not generally encouraged to participate in sports where upper body strength is crucial to optimal performance. For this reason, I believe the strength scores females often achieve are artificially low, and the gap can be closed very quickly by prescribing more upper body work. Let me give you an example.

In the summer of 1988, none of the Canadian National Team’s female skiers could perform a single chin-up. After I trained them for 11 weeks, they could each do 3 reps with a 34-pound dumbbell strapped to their waist. In my opinion, if you’re a good personal trainer, it’s often possible to get a 20-something female with relatively low bodyfat to do 8-12 chin-ups in 12 weeks. If you can’t, don’t send me a job application. 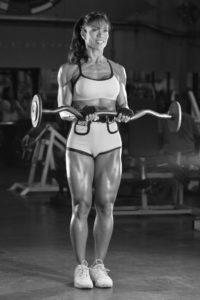 Females often have very different bodybuilding goals than males. You’re not likely to hear a female client say, “I want horseshoe-size triceps!” but it’s fine if they do. Ask questions rather than assume you know what a female client wants to accomplish in the weightroom.

I often tell the trainers in my seminars, “The more you learn, the more you earn!” Those trainers who take into consideration the differences in training males versus females will enjoy greater financial success and be better able to help their clients achieve their goals.