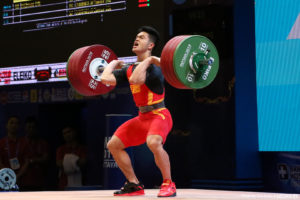 Five benefits of this explosive exercise

At the risk of sounding “holier than thou” or, in this case, them, I’ve always laughed at the situation where the American strength-coaching community is hellbent on following a particular dogma about the effectiveness of a particular exercise. One controversial exercise is the power clean, but it shouldn’t be. Here are five reasons why I like it:

1) It’s the single most effective way to assess an athlete’s explosive strength levels. When I test national teams in power sports, I’m pressed for time. I rely on the power clean because practically every joint is involved in the movement, and results in the lift correlate strongly to performance in power sports.

I could basically predict the make-up of the Canadian bobsled team based on their power clean results and their times in the 60-meter sprint. I’ve seen guys showed up with amazing results in front squats and close-grip bench presses, yet couldn’t power clean more than 20 pounds over their bodyweight. Compared to those who had good power cleans, they couldn’t generate enough force in a short amount of time to overcome inertia and provide adequate acceleration.

2) Along with its cousin, the power snatch, the power clean is unsurpassed in building up your back muscles.

4) It correlates positively to various sports. A good power clean generally means you can jump high in volleyball to block a shot, you have good acceleration in speed skating or ice hockey, and you can throw a hammer or put a shot far. 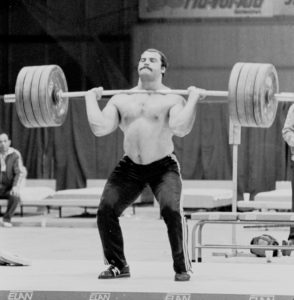 5) The power clean is one of the more complicated lifts. It requires a lot of coordination and precise patterns of force application. You can tell a lot about an athlete’s coordination by how fast he or she can learn the exercise. Most gymnasts can do it well in about 10 minutes, while swimmers usually take weeks to learn it, regardless of how good their teachers are.

Even though the power clean is one of the greatest exercises, you don’t need to perform it year-round as some American strength coaches recommend. In training for the 1992 Olympics, Jud Logan had one of the heaviest power clean in the United States, yet I made him practice it only about three weeks out of 22. Pierre Lueders had the best power clean on the bobsled circuit, but he did it, on average, only one week out of four. Even then, I had him use different variations of the exercise.

I believe the power clean should be taught properly and learned by almost every athlete. Your best bet to learn the exercise is to take a USA Weightlifting coaching clinic.