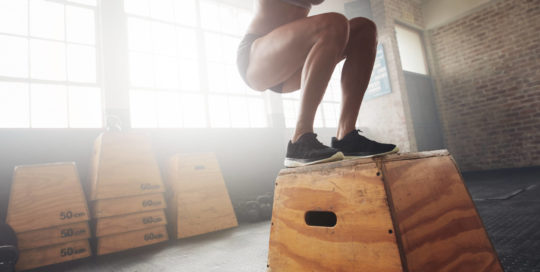 One of the most popular personalities in the field of functional training is Michael Boyle. Through his writings, videos, online presentations, and seminars, Boyle has inspired countless personal trainers, athletic trainers, and strength coaches to practice his training methods. Along the way, Boyle has upset many in the field of athletic fitness training who believe his methods are not the most effective way to train athletes. Let’s take a closer look at what Boyle believes, and what he has said to get so many coaches riled up.

For those unfamiliar with Boyle, his work is summarized in the book, New Functional Training for Sport, 2 nd Edition. Boyle wrote the book for a general audience. It is well-organized, and contains numerous tables and photos to reinforce is message. To ensure there is no risk of misunderstanding his ideas, there is a link to a website providing video descriptions for his core exercises. In all, this is a first-class, multi-media presentation that could easily form the basis of a high school or college course.

Boyle says the concept of functional training originated in sports medicine. He contends that the exercises and training methods used to rehabilitate an injured athlete could also help an athlete achieve physical superiority. 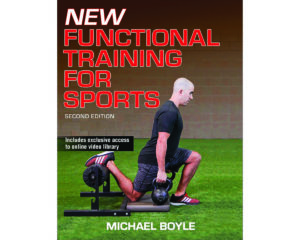 Boyle begins the book by explaining why he believes this training system is superior, moves to teaching the reader how to design programs, and then describes how to perform the exercises in detail. He finishes the text by providing many detailed training programs a coach could quickly and easily implement with their athletes, along with suggestions on how to modify the programs for specific sports and the multi-sport athlete. These are the chapters:

New Functional Training for Sports is a complete program. It’s also unlikely any athlete will get injured performing Boyle’s workouts as the exercises don’t (or seldom) require spotters or use complex weightlifting and some powerlifting movements that require considerable skill to master. But just as labeling a breakfast cereal “natural” doesn’t necessarily mean it’s organic and good for you, labeling an exercise program “functional” doesn’t necessarily mean it’s the best way to develop athletic fitness.

Charles Poliquin was an opponent of many of the methods used by functional trainers. In reference to Boyle’s training system, here are four issues the Strength Sensei would have problems with:

1. Leg exercises are performed through a partial range of motion
2. Single-joint movements, especially with machines, are neglected
3. The use of slideboards and speed ladders
4. The set/rep prescriptions are often inappropriate

Let’s look at these issues, one by one:

1. Leg exercises are performed through a partial range of motion. Boyle believes that squats can easily injure the lower back (thus dissing the sport of powerlifting) and are not sport-specific. Boyle said he hurt his back doing squats and that many of his athletes were also injured from the exercise. Instead of reevaluating how he taught the squat, Boyle decided that a better choice for athletes would be split squats with the back foot elevated – the so-called Bulgarian split squat used by weightlifters from that country.

First, consider that Ivan Abadjiev was the weightlifting coach who developed the Bulgarian system, and he never had his elite weightlifters perform this exercise. Rather, it was Bulgarian strength coach Angel Spassov who popularized this variation of a rear- foot-elevated split squat. In his presentations, Spassov said the rear foot should only be elevated about four inches off the ground, with the ball of the foot on the platform. In contrast, Boyle says that during a Bulgarian split squat, the rear foot should be pointed back and elevated to knee height or slightly lower, limiting the range of motion of the exercise. Boyle also didn’t like having the knees extend in front of the toes at the bottom position.

So what is Poliquin’s beef with replacing the squat with the Bulgarian split squat and, as they say in Game of Thrones, “bending the knee?” Says Poliquin, “The squat is unquestionably the most effective exercise for increasing muscle bulk in all the major lower-body muscles. I also believe the squat will develop overall strength and power, and it is one of the most effective exercises to improve knee stability and rehabilitate knee injuries.” However, this is a full squat in which the hamstrings cover the calves at the bottom and the knees are well forward of the toes. Although Poliquin would include exercises such as split squats in his workouts, he believed they were vastly inferior to full squats.

Because Boyle didn’t believe in full squats, it follows that Boyle only recommended that weightlifting exercises such as the snatch be performed through a partial range of motion. In the bottom position of the snatch or clean, the hamstrings would be touching the calves and the knees would be well in front of the toes. As such, the classical weightlifting exercises would not follow Boyle’s paradigm of lower body training.

2. Single-joint movements, especially with machines, are neglected. One common soundbite from Boyle is that he trains movements, not muscles. As such, there should be minimal use of isolation exercises in Boyle’s workouts, especially those performed with machines. Poliquin believed that one issue with being dogmatic about avoiding isolation exercises is that it doesn’t serve the best needs of the athlete.

As an extreme example, there is considerable research proving the risk of concussions can decrease significantly by performing isolation exercises for the neck. Isn’t one of the goals of functional training to help prevent injury? Is it disloyal to their cause if a functional trainer has American football and soccer players perform isolation exercises for the neck to reduce the risk of traumatic brain injury? (FYI: Poliquin’s gyms always contained neck isolation machines.)

Poliquin also believed that in some cases, isolation exercises needed to be prioritized in workouts to correct muscle imbalances. At the end of a competitive season, Poliquin would have his alpine skiers perform a hamstring-specialization cycle that included a high volume of leg curl exercises to ensure an optimal quad-to-hamstring strength ration. Also, while training Cathy Millen for her assault world records in the bench press, he had her perform workouts where he would have her perform isolation exercises for the rotator cuff at the start of a workout, before bench presses.

4. The set/rep prescriptions are often inappropriate. Most of the resistance training prescriptions in functional training programs use 8 repetitions or more. Poliquin, who was precise when it came to set/rep protocols, would ask how these loading parameters are functional?

Why do athletes coached by functional trainers seldom display impressive muscle development, despite using set/rep protocols practiced by bodybuilders? Answer: They use light weights and often don’t have the volume or eccentric overload necessary to
increase hypertrophy significantly.

Pulling Back the Curtain on Functional Training

Charles Poliquin was all for experimenting with new training methods, but if a functional trainer made an outrageous claim about their training methods, he would pay little attention to it unless they could back it up with some legitimate research.

Boyle makes it a challenge to figure out how he came up with many of his ideas because he often lacks references, or the references are poorly sited. For example, Boyle offered no references in his weightlifting chapter, despite it containing many controversial statements, such as he sees little value in lifting weights from the floor. Then there is his warm-up chapter where he referenced Dynamics of Human Biologic Tissues. This intense, 276-page physical therapy publication discusses such topics as how stress and motion can affect scar remodeling. Are we supposed to read the entire book?

It’s time to ask the obvious, “Why are many functional trainers successful, or rather, can convince the general public that they have a superior training program?” First, talent prevails, and some coaches simply get lucky. Strength and conditioning can only go so far, especially if an athlete doesn’t have the physical gifts to achieve elite performance levels.

Next, consider that athletes in high skill sports such as hockey often perform well despite inferior strength and conditioning methods. In the 2015 NHL Combine, promising draft pick Connor McDavid could only do six pull-ups and had a pathetic vertical jump of 19.4 inches. McDavid is now considered by many hockey experts as one of the best hockey players in the world. So maybe it’s good for business to attribute a hockey team’s leading scorer’s success to being able to do a heels-elevated goblet squat with 32-pound kettlebells, but that athlete might have scored just as many points if he played Fortnight
instead!

Compared to doing nothing (or worst, steady-state aerobic), the functional training workouts in New Functional Training for Sports can certainly improve most aspects of physical and athletic fitness. And a coach new to athletic fitness training could certainly do a lot worst that following the well-organized, progressive strength and conditioning workouts Boyle recommends. This idea is reinforced by the impressive list of successful athletes, from middle school to the professional level, Boyle has coached.

Boyle has praised Poliquin’s work in his seminars, and even sites one of his articles in this book. However, the Strength Sensei has many issues with many of the methods used by functional training coaches such as Boyle. That said, if there’s a single resource to learn what is currently being taught by the preponderance of functional trainers in this country, you’d be hard-pressed to find a more complete and professionally-produced resource than Coach Michael Boyle’s New Functional Training for Sports.

[You can purchase New Functional Training for Sports, 2 nd Edition, at Amazon.com.]

To learn transferable training skills, sign up for our strongman and mobility webinars or join the Dojo of Strength for monthly content that can be implemented right away.