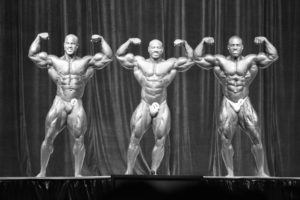 When I learned about Vince Gironda’s recent passing (October 18, 1997), I felt the need to do my part to remind the Iron Game community about his numerous contributions to bodybuilding and personal training.

Because of his work with Hollywood celebrities, Gironda was referred to as the “Trainer to the Stars.”Among his clients were Cher, Clint Eastwood, Denzel Washington, Burt Reynolds, and Carl Weathers. But Gironda was much more than a personal trainer to affluent movie stars—he was a bodybuilding coach ahead of his time. He was, as many liked to call him, “The Iron Guru.”

Among Gironda’s physique stars were Larry Scott, the first Mr. Olympia, and Mohamed Makkawy, who earned the runner-up spot in bodybuilding’s most prestigious competition. Gironda’s gym was called Vince’s Gym and was located on Ventura Boulevard in Studio City, California. Many champion bodybuilders, including Arnold Schwarzenegger and Lou Ferrigno, would often stop by Vince’s Gym for a hardcore workout.

Gironda was a prolific writer. I encourage you to track down the preponderance of Gironda’s original articles, training courses, and books. Each contains treasures that will find a place in your training toolbox. Let me share a few.

The first words of wisdom Gironda would give his clients was to avoid physical and mental “leaks” that affected progress. Physical leaks related to lifestyle, such as drinking, smoking, consuming refined sugar, and not getting the optimal amount of sleep. Mental leaks were those behaviors that affected one’s tranquility, such as anxiety and hate.

One of the most controversial beliefs Gironda promoted was that you should not – again, should not – perform aerobics to lose weight. He believed weight training was the superior method to lose bodyfat, especially for women. He also believed that aerobics would compromise muscle mass, which in turn would slow fat loss. The more muscle mass you lose, the fewer calories you burn, making it more challenging to lose fat. 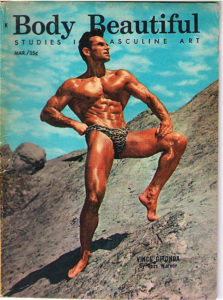 Gironda emphasized quality work over quantity, so he designed most of his workouts to be completed in about an hour. He also believed that after exhausting a muscle, as much as 72 hours rest was required before working that muscle again to ensure complete recovery.

Two of Gironda’s favorite exercises, which are also mine, were dips and chin-ups. For dips, which be believed were superior to bench presses for chest development, he promoted the use of a V-shaped dip apparatus that accommodated all body types. He developed a unique variation of the exercise where he’d have his trainees use a reverse grip and rounded upper back, chin to chest, elbows pointed straight out. For chins, he recommended a full range of motion. He loved sternum chin-ups, pulling up until the lower rib cage came close to the bar.

Finally, Gironda believed in using periods of high-volume training to shock the muscles into growth, bring up lagging body parts, and reduce bodyfat. One such workout was what he called the 8×8 System, which had the trainee performing a few exercises for 8 sets of 8 reps with short rest intervals. This workout served as inspiration for my German Body Comp program.

A good place to start to learn more about Gironda’s methods is Unleashing the Wild Physique, a book published in 1984 that he wrote with MuscleMag International publisher Robert Kennedy.

They say legends never die, and this is undoubtedly the case with Vince Gironda. He was a pioneer in the Iron Game and deserves our respect.