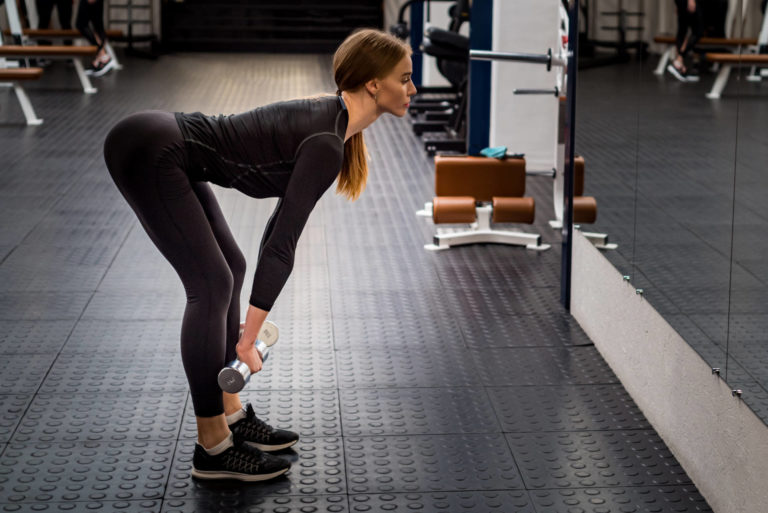 One of the most popular topics in the field of body transformation, especially for women, is glute training. There is also interest in training these muscles to treat lower back pain, reduce the risk of hamstring injuries, and improve physical performance.
Before delving into the mountains of work on this subject, develop a solid academic base by picking up a copy of John Gibbons’ book, “The Vital Glutes: Connecting the Gait Cycle to Pain and Dysfunction.”

Many complex issues about human performance are covered in this extensively-researched work, supported with quality color photos, illustrations, and tables. Although not an easy read that you could breeze through while riding the subway, the reader does not require an extensive anatomy or bio-mechanics background to get through it. With careful study, a personal trainer, strength coach, or massage therapist with at least a high school diploma can grasp most of this material. Here’s the table of contents:

1. Putting the Maximus Back into Gluteus Maximus
2. Muscle Imbalance and the Myofascial Slings
3. The Glutes and the Gait Cycle
4. Leg Length Discrepancy and Over-Pronation — the Effect on the Glutes
5. Functional Anatomy of the Gluteus Maximus
6. Functional Anatomy of the Gluteus Medius
7. Muscle Energy Techniques
8. The Antagonistic Cause — the Vital Psoas, Rectus Femoris, and Adductors
9. Gmax and Gmed Causing Knee and Ankle Pain
10. Gmax and Gmed Causing Lumbar Spine Pain
11. Differential Diagnosis of Weakness Inhibition of the Glutes
12. Gmax and Gmed Stabilization Exercises

Although it’s tempting to skip to chapter 12 and experiment with the exercises it contains, it’s better to start with the first chapter as each chapter builds upon the material presented in the previous one. That said, one chapter that is a gem is Chapter 8: The Antagonistic Cause – the Vital Psoas, Rectus Femoris, and Adductors, which discusses the effects of tight muscles on glute activity.

We often hear trainers explaining that an athlete’s back pain, hamstring injury, or poor athletic performance is caused by their “glutes are not firing,” and as such prescribe special exercises to restore their function. Nonsense. If your glutes didn’t fire (as Gibbons explains in Chapter 3: The Glutes and the Gait Cycle), you couldn’t walk, much less stand up.

An osteopath, Gibbons doesn’t dismiss the value of performing so-called “glute-activation exercises,” but says the glutes can be inhibited if the muscles antagonistic to them are tight. These muscles include the psoas major, iliacus, rectus femoris, and adductors. “Sherrington’s law of reciprocal inhibition (Sherrington 1907) states that a hypertonic antagonist muscle may be reflexively inhibiting its agonist,” says Gibbons. “Therefore, in the presence of short and subsequently tight antagonistic muscles, we must first look at restoring normal muscle tone and/or length before attempting to strengthen a weakened or inhibited muscle.” 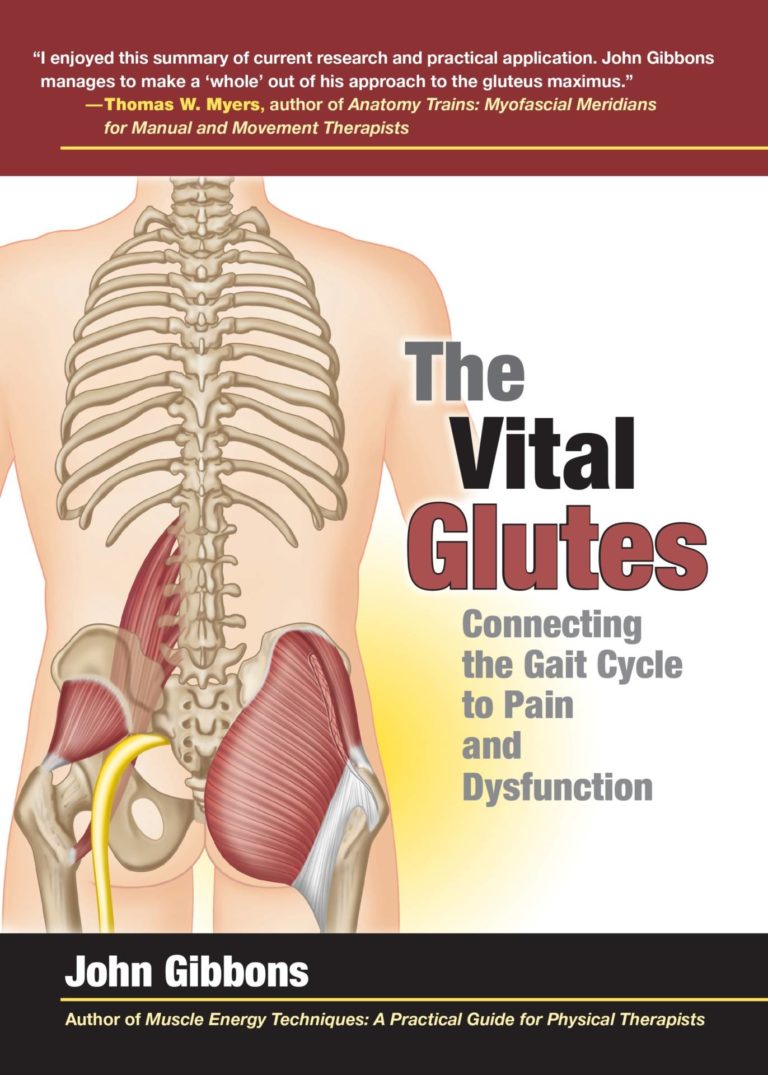 Gibbons’ recommendation for inhibited glutes is to use methods to lengthen these antagonistic muscles for two weeks. If the inhibition is not corrected by then, strengthening protocols for the glutes should be performed. Chapter 8 shows how to determine tightness in these antagonist muscles and proven methods to lengthen them. Additional information on this topic is presented in Chapter 11: Differential Diagnosis of Weakness Inhibition of the Glutes.

What about hip thrusts, one of the most popular glute exercises performed today? Gibbons discusses the value of pelvic bridges as a corrective exercise but doesn’t describe hip thrusts performed with a barbell resting across the pelvis. Maybe he will do
so in a revised edition, but then, maybe you’re not missing out? Researchers in the UK conducted an 8-week study to determine the value of hip thrusts with resistance on sprinting performance. The subjects were 21 college students, 15 men and six women. Significant improvements were made in hip thrust strength during the study, but the researchers concluded that the exercise “…does not appear to transfer into improvements in sprint performance in collegiate level athletes.” These results don’t
suggest that weighted hip thrusts have no value whatsoever for sprinters, but that there may be other exercises involving the glutes (perhaps squats?) that may be more effective.

“The Vital Glutes: Connecting the Gait Cycle to Pain and Dysfunction,” is certainly not the last word on how glute training can help you achieve optimal health and athletic performance. But John Gibbon’s excellent book on the subject is unquestionably a good
place to start!

[You can purchase “The Vital Glutes: Connecting the Gait Cycle to Pain and Dysfunction” through Amazon.com.]