The Sport of Olympic-Style Weightlifting 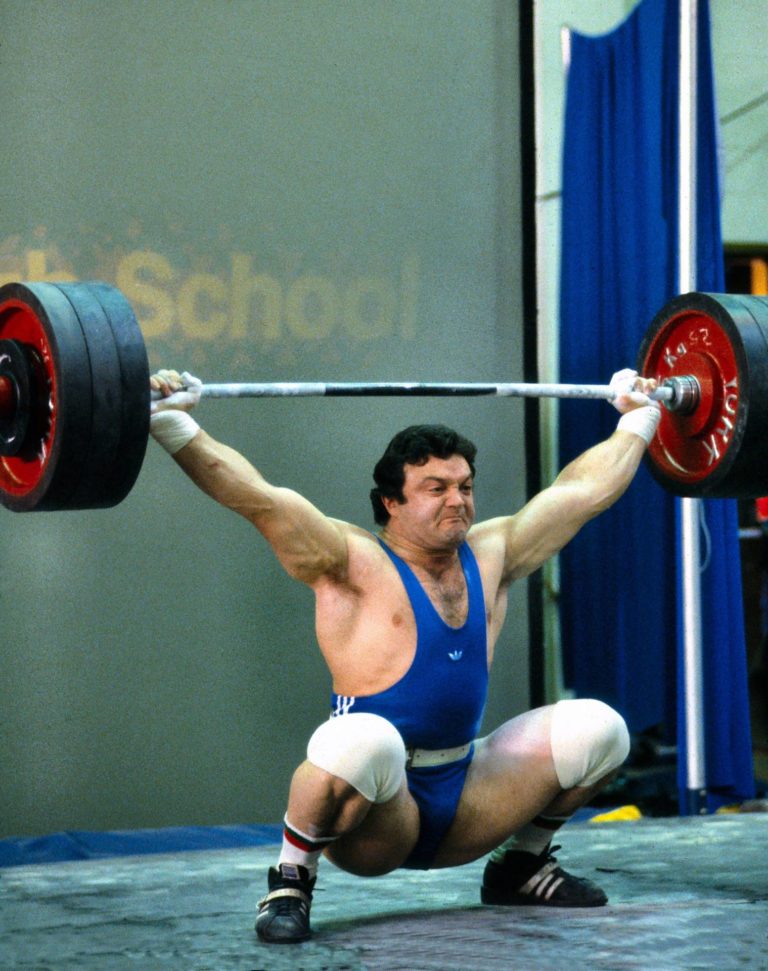 Charles Poliquin often gave his best students copies of his favorite books as gifts, ordering boxes of copies to hand out during his seminars. Among those books were those written by Carl Miller. One of Poliquin’s favorite strength training methods was cluster training, and he learned about it from Miller.

Spellman trained him till he was 21, and said he “was so captivated by the sport that it influenced me as both an advocation and a vocation.” At age 19, Miller broke the national teenage record in the snatch. College studies were challenging, so Miller decided to drop football to devote enough time to weightlifting. Says Miller, “Doing something athletically using speed, timing, agility and flexibility in the coordinated power chain of the hips and legs, back, and then arms against an immovable object! Now this is real power! The most powerful sport of all!”

Miller graduated with a master’s degree in exercise science from the University of Arizona. Then he packed his bags and moved to South America to coach weightlifting for two years and then Japan for three years. In 1978 he was named head coach of the US
Team that competed in the World Championships.

Miller’s athletes have performed well in junior, open, and masters competition, and he coached Luke Klaja to a spot on the 1980 Olympic Team. Klaja competed in the 198-pound bodyweight class and was known for his clean and jerk, having an official best of 429 pounds. The story goes that at the Olympic Trials, Klaja was about to attempt the weight that would make him an Olympian, and turned to Miller for words of encouragement. Miller was perplexed that Klaja needed any additional motivation to make this lift, so told Klaja, “Miss it and you owe me $100!”

Miller’s commitment to the sport earned him the position as the National Coaching Coordinator for the US Weightlifting Federation from 1971 to 1975. In the 50s and 60s, the US was a great power in weightlifting, but in the 70s, the US had become an also-ran, with only a few athletes being able to challenge for medals. To end this medal drought, Miller visited weightlifting powerhouses from other countries to discover the reasons for their success.

The highlight of Miller’s research was a private audience with Ivan Abadjiev, Head Coach of the Bulgarian Weightlifting Team. Abadjiev’s training methods revolutionized the sport. These methods included training multiple times a day for no more than 45 minutes per session, training at a much higher average intensity than lifters from other countries (often maxing out daily!), and focusing on just the classical lifts and squats.

Miller discusses the Bulgarian system in detail in his book, “Olympic Lifting: A Training Manual.” First published in the 70s but now available as a reprint, this book is primarily a collection of articles he wrote that were published in various Iron Game magazines.
Miller covers many aspects of weightlifting, including weightlifting technique, program design, and how to prepare for competitions. Section III: Training Methods discusses the Bulgarian system in detail, and many weightlifters no doubt start with that chapter.

In 2011, Miller published a more professional-produced book called, “The Sport of Olympic-Style Weightlifting: Training for the Connoisseur.” It was co-authored by Kim Alderick, and is the book that Coach Poliquin would give to his favorite students.
Although Miller’s focus is to champion the sport of weightlifting, Poliquin followers would find of special interest Chapter 7 on eccentric training and Chapter 11 on cluster training. Again, in his seminars and writings, Poliquin references Miller for his efforts to educate the Iron Game about the value of cluster training.

Miller practices what he preaches and has never stopped lifting. At the age of 41, despite two spinal fusions, Miller snatched 281 pounds and clean and jerked 352 while weighing 181. At the age of 61, he cleaned 319 pounds and ran the 40-yard-dash in 4.91 seconds!

For the past several decades, Miller has shared his knowledge with his clients at his gym in Santa Fe, New Mexico, Carl and Sandra’s Gym. There, Carl and his staff personally trained hundreds of clients in this 12,000-square-foot facility that contains four Olympic lifting platforms with competition Olympic bars and bumper plates. Many of these gym members have been coached by Miller for over 20 years! To learn more about how this how Miller trains those interested not just in athletic performance but also in improving the quality of their life, consider Miller’s 2005 book, “The Miller Fitness Plan: Physical
Training for Men and Women.”

Charles Poliquin recognized the many valuable contributions of this remarkable coach. If you’re a serious student of the Iron Game and want to learn from the best, invest in all Carl Miller books.

[You can purchase “The Sport of Olympic-Style Weightlifting: Training for the Connoisseur,” along with Carl Miller’s other books, through Amazon.com.]

Join the Dojo of Strength for new content released monthly from Charles Poliquin & our team of coaches on training, nutrition, & coaching.