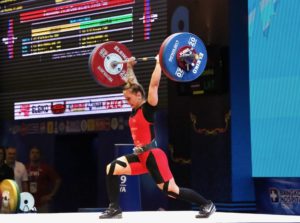 Preventing ACL injuries is a major concern in many sports. ACL injuries often require surgery, and the recovery process can be lengthy – in many cases, up to a year. As such, many strength coaches look for ways to deal with this problem.

First, consider that a tendon connects muscle to bone, and a ligament connects bone to bone. The anterior cruciate ligament connects the upper leg bone (femur) to the lower leg bone (tibia) and plays a critical role in knee stability. Injuries can occur when the knee is violently twisted or bent sideways or backward—and the risk is higher if more than one of these actions occurs. Surprisingly, about three-fourths of ACL injuries are non-contact.

Depending on the sport, women can be five times more likely than men to tear this important ligament. Anatomy has something to do with this discrepancy, but I believe it’s more of a cultural problem in that US women tend not to do as much strength training as men. And when they do lift, their programs are often lame and don’t adequately work to stabilize the knee. When I worked with the Canadian National Ski Team, I took a non-sexist approach to women and weight training, at the ratio of knee injuries between men and women was one-to-one.

I was with the National ski team for 10 years. When I started with the team, I was told by the orthopods that the odds that a woman would have a major knee surgery while being on the Canadian National Ski Team were 100 percent in five years. So if a woman started in 1990, by 1995 she would have surgery. None of the athletes who started with me that first year had to have knee surgery. In other sports I was involved with in Canada, we found the same conclusions—the ratio of male-to-female knee injuries was the same when they followed identical strength training protocols.

From a strength training perspective, I have found that two of the most significant factors for ACL tears are a weak vastus medialis, a quadriceps muscle that crosses the knee, and a weak hamstring-to-quadriceps ratio. One of the biggest reasons for these deficiencies is not performing leg exercises throughout a full range of motion. Athletes who do 1⁄2 squats, or concentrate on the relatively high squats often seen today in many powerlifting competitions, can make an athlete more susceptible to an ACL tear. Two great exercises for the VMO are the Petersen Step-up and sled dragging.

Leg exercises must be performed throughout a full range of motion to prevent structural imbalances that can increase the risk of ACL injuries. (This photoby Miloš Šarčev; lead photo by Tim Scott, LiftingLife.com)

Regarding the ratio of hamstring strength to quadriceps strength, one way to determine it is with a fancy testing machine that costs about $85,000. Another way is to look at the ratio of your back squat to your front squat. Your front squat should be 85 percent of your best back squat; from my experience, this signifies the appropriate ratio between the quads and both the hip extension and knee flexion functions of the hamstrings.

One additional factor responsible for the higher rate of knee injuries in American female athletes is aerobic training. Aerobic training increases the odds of getting an ACL tear because your “fast-twitch” Type IIb fibers will atrophy and because most aerobic training does not move the legs through a full range of motion.

Strength coaches need to do their part and help their athletes achieve structural balance. Not all ACL injuries are preventable, but smart training can decrease an athlete’s risk of going under the knife.