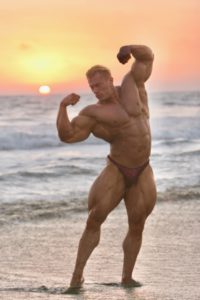 What beginners need to know about training variety

Most muscle magazines feature bodybuilders in their prime. The workouts performed by these cover models were often long and intense, which was necessary for athletes at their level. All well and good, but what works well for a muscle mag cover model is not necessarily the best workout for a beginner.

When an individual starts lifting weights, regardless of the program, they make good gains initially and see no reason to try a different workout. Unfortunately, because they enjoyed good gains when they started, they may stick with the program longer than they should.

Arthur Jones, the founder of Nautilus, Inc., tried to promote a single workout protocol that involved performing only one set of a strength training circuit using his equipment. This advice made sense from a business standpoint because his machines were relatively expensive. I say this because often the only way many gym owners could make their business profitable was not to allow customers to perform multiple sets on their equipment.

A colleague of mine told me that he worked at a private weightroom in a YMCA during the early 80s. It was about 800 square feet with a dozen high-end Nautilus machines and five exercise bikes. The total cost was $30,000, which was quite a lot of money at that time. However, Nautilus provided delayed-interest loans so that organizations such as this YMCA could get all the equipment they needed upfront.

The result was that the YMCA was able to sign up 500 people within six weeks of opening and paid off its debt within six months! Oh, and for those who didn’t make much progress, the instructors told them they did not have the genetic potential to make great gains like the professional bodybuilders.

Rather than buying into this genetic-potential nonsense, as you progress in training age – as opposed to chronological age – you will respond better to more variety in your training. As you become stronger, incorporate more variety into your set-rep programs, such as by focusing on sets of 6-8 reps for two weeks, 8-10 for the next two weeks, and 10-12 for the next two weeks; then repeat this cycle.

Doing the same thing over and over again and expecting different results was Albert Einstein’s definition of insanity, so be certain to frequently change your workouts, especially as you become stronger.