A proven, practical system for resolving & preventing lower back pain 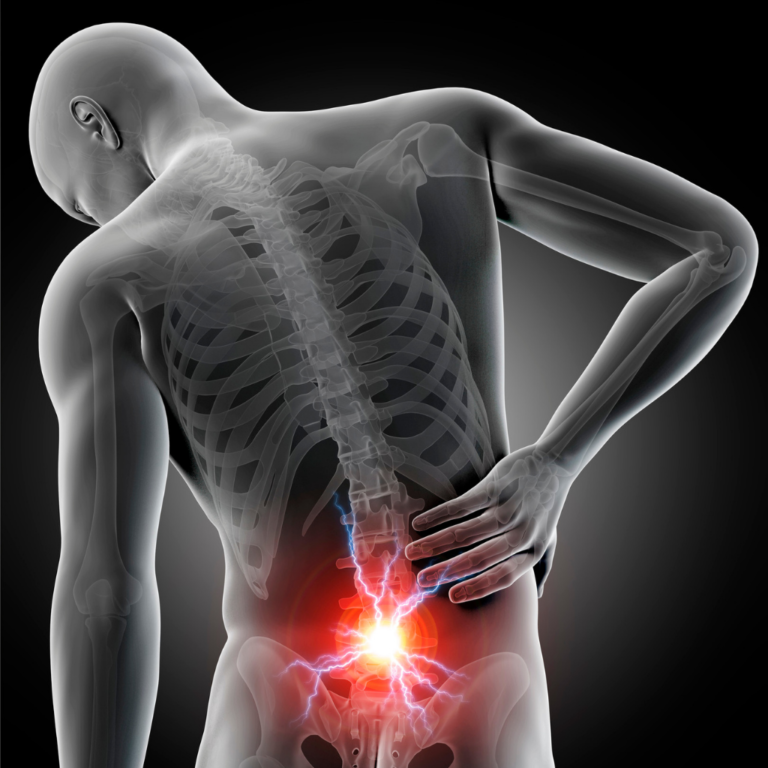 “It’s difficult to explain back pain to people who have never suffered it…and it’s not until you start feeling better that you realize just how much
your personality has changed.”

Those are the words of Heather Pearson, MSc, and she is speaking from experience. On October 15, 2001, she was involved in a horrific traffic
accident that nearly took her life. Pearson said she was diagnosed “with whiplash and secondary muscular trauma to my head, neck, shoulders, mid-back, lower back, left hip, feet, and left knee.” She could barely walk or perform simple tasks without pain, but she was determined not to let her pain consume her life.

Not satisfied with conventional treatment methods, especially drugs, Pearson took on a quest to permanently heal her injuries. In the process, she
developed a passion for becoming a healer herself. To be certain, Pearson’s “Road to Wellville” was full of challenges, disappointments, and frustration — but she would not be denied! She attended courses across the globe related to back pain management and sought out experts in these fields. Two experts who changed her life were Charles Poliquin and Dr. Mike Leahy.

Pearson’s introduction to the work of Charles Poliquin began in 2006 when she and her colleagues attended a fitness conference at Loughborough
University in the UK, where he was giving a lecture. “Charles was awesome,” said Pearson. “His knowledge of the body, training methods, and
in-depth nutrition was unreal. I knew that he was very well known all over the world and that he had trained multiple professional athletes. He was as elite as you could get. I was so impressed with his presentation. We all signed up for two of his courses.” It was Poliquin who introduced Pearson to the work of Dr. Mike Leahy.

In 1971, Leahy graduated from the US Air Force Academy with a degree in engineering, serving his military commitment as a fighter pilot and test pilot. After he left the service, Leahy enrolled in the Los Angeles College of Chiropractic. He graduated summa-cum laude and became valedictorian, and in 1986 became a Certified Chiropractic Sports Physician. Leahy combined his knowledge of chiropractic and engineering to create a soft tissue, movement-based massage called Active Release Techniques® treatment, or ART.

Pearson’s first ART treatment from Dr. Leahy exceeded all her expectations. In her book, Back Pain Free, Pearson said she had an extensive list of issues she wanted Dr. Leahy to treat but decided on the 10 worst. “He treated all 10 areas in less than 20 minutes,” recalls Pearson. “I was shocked at his proficiency.”

“Dr. Leahy explained that various parts of my lower back and pelvis, including the nerves, were stuck, and once he released them, I would feel
very different,” says Pearson. “After he finished treating me, I stood up and almost fell over. I felt really weird because I felt so GOOD! Oh, my
goodness, what a massive relief!”

Pearson’s enthusiasm for ART led her to become not only a practitioner but also an instructor. Her talents and passion for sharing her knowledge earned her the ART Instructor of the Year award. Moreover, she earned a master’s degree in Nutrition and Sports Science and became certified in 36 modalities of treatment. She shares her personal healing experience and her complete treatment system, which she calls the Pearson Method, in Back Pain Free.

The Art and Science of Self-Care for Back Pain
Throughout Back Pain Free, Pearson discusses the pros and cons of
numerous back pain treatments, but her book is more than just a roadmap to where to seek help. Pearson wants to teach you how to take care of yourself by yourself, and this demands a holistic approach.

Writing in plain language, Pearson discusses factors such as posture, work mechanics, sleep, and factors that seem unrelated to back pain. For example, she discusses the role of food in treating the type of inflammation that can make it feel like a garden gnome is continually jumping up and down on your fifth lumbar vertebrae. And, of course, there is exercise.

Pearson goes beyond the simple corrective exercise adage of “Stretch what’s tight and strengthen what’s weak!” Pearson says when addressing back pain, some popular exercises need to be avoided, at least until you are physically ready for them. And Pearson pulls no punches in her advice. Take, for example, her views on the popular barbell “hip thrust” exercises often recommended for those with back pain. Pearson warns that barbell hip thrusts can damage the intervertebral discs, develop chronic tightness in the quads that place you at a high risk of a tear, and even cause knee pain! 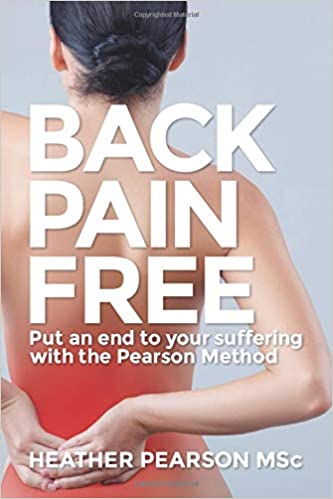 Even if you don’t currently suffer from back pain, Back Pain Free has much to offer as it will help you avoid back pain in the future. It is also valuable for athletes who seek physical superiority and peak performance — and on this subject, Pearson can also speak from experience. Here success stories include weightlifters, football players, physique competitors, football players, and Ironman athletes.

Besides endorsements from the patients she has treated worldwide, and currently in her West London practice, Pearson’s skills have received praise from her colleagues and mentors. Just ask Dr. Eric Serrano, a renowned medical doctor and hormone specialist who had this to say about Pearson and Back Pain Free, “The book is a masterpiece. Heather has interned with me twice at my clinic in Ohio. She treated me and rehabilitated my glutes and lower back, so I experience the physical side of the Pearson Method. My back felt incredible afterward.”

“Back Pain Free has so much information on subjects like sleep, depression and gut function, all very important factors when coping with pain,” continues Serrano. “I applaud Heather’s ‘read to do’ techniques: they are a must have. I highly recommend this book to anyone suffering with back pain.”

Heather Pearson’s Back Pain Free is a book that you should buy not only for yourself but as a gift for your family and others you care about. It’s that
good!

[Back Pain Free by Heather Pearson, MSc is available in paperback and Kindle. You can purchase it at Amazon.com and amazon.co.uk]