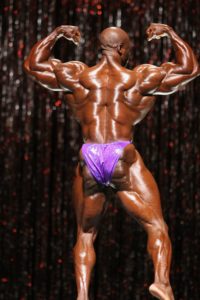 How to develop spinal erector muscles that are as strong as they look.

Dorian Yates won the Mr. Olympia title six times and had an impressive front double biceps pose, but what set him apart from his competition was his back development. His back possessed width and thickness, and was highlighted by a pair of thick, cable-like spinal erectors that rivaled the muscle bulk of any elite weightlifter or powerlifter.

Many of today’s bodybuilders don’t possess impressive lower back development because they often shy away from the standard strength exercises used by the bodybuilding champions of the past. Exercises such as deadlifts and good mornings. Those who don’t follow this trend reap the rewards. Case in point: 2x Mr. Olympia Franco Columbu and 8x Mr. Olympia Ronnie Coleman.

Arnold’s training partner for many years and a bodybuilder with the best back in the business, Columbu performed heavy deadlifts in his training. How heavy? Consider that at a bodyweight of 185 pounds, he reportedly pulled 750, which exceeded the world record in that bodyweight division. As for Coleman, not only did he possess massive spinal erectors (aka erector spinae), but he deadlifted 800 pounds for two reps! These great champions were, unquestionably, as strong as they looked!

Powerlifters possess exceptional lower back development because the deadlift is a lift they perform in competition. Likewise, weightlifters stress the lower back muscles during their competition lifts, the snatch and the clean and jerk, along with assistance exercises such as pulls. Russian weightlifters, especially those in the 70s and 80s, placed special emphasis on lower back training, often supplementing their training with heavy good mornings and back extensions. In fact, Russian coaches were known to greet a lifter from another country by shaking their hand and wrapping their free hand around their back to determine the thickness of their spinal erectors, thus assessing their strength.They weren’t wrong, as East German sports scientists found that strengthening the spinal erector muscles can increase strength throughout the entire body. 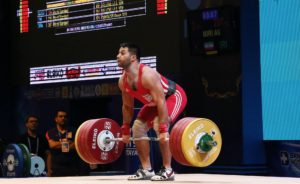 If you’re an athlete and want to perform your best and stay healthy, you need strong spinal erectors. Why? Because they work with other posterior-chain muscles to help extend and stabilize the trunk. Athletesin sports such as football and alpine skiing must deal with high compressive loads on the spine. I’ve found that the alpine skiers who have strong posterior chain muscles rarely injure their lower back and are less likely to tear their ACL.

The spinal erector muscles possess a mix of Type II (high threshold/fast-twitch) and Type I (low threshold/slow-twitch) fibers. What this means from a program design standpoint is that maximal development of this muscle group requires a variety of training protocols.

I’ve found that the best approach to training the spinal erectors for maximum mass is to alternate between workouts that emphasize the high-threshold motor units and those that work the lower-threshold motor units. Translated, you should alternate between workouts using heavy loads for low reps and a high number of sets (accumulation) and those that use higher reps and fewer sets (intensification). Here is an example of each type of workout:

*Perform several warm-up sets before the heavy sets of 2-3 reps.

You may never get on stage in posing trunks and hit a rear lat spread, but that’s no reason to neglect the powerful spinal erector muscles. Take it from Dorian, Franco, and Ronnie — be as strong as you look!