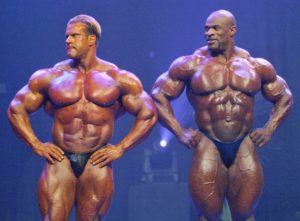 Take your training to the next level with multiple daily workouts

As the quality of sports competition becomes more elite, athletes need to train harder. To do this, the Olympic medalists I’ve worked with often perform multiple training sessions a day. It is difficult to even qualify for national competitions in some sports without training at least twice a day. Note, I said, “at least.”

Ivan Abadjiev was the former head coach of the Bulgarian National Weightlifting Team. He took on this leadership role in 1968, a challenge as the country that had never won an Olympic medal in the sport. That would quickly change. At the 1972 Olympics, three of his athletes won three gold and three silver medals, defeating the heavily favored Russian team. Eventually, Abadjiev’s athletes won nine more Olympic gold, along with many World Championships and world records. Abadjiev’s greatest champion was 3x Olympic gold medalist Naim Suleymanoglu. Nicknamed the “Pocket Hercules,” this 4’10” phenom broke 51 world records and, pound-for-pound, is the greatest weightlifter of all time. To achieve this level, Abadjiev had him and his other elite athletes training up to 5 times a day, 5-6 days a week! This approach was necessary to achieve both the volume and intensity levels needed to achieve the sport’s highest honors.

While the Bulgarian weightlifters took multiple training sessions to the extreme, training twice a day can accelerate your progress if you follow the following six principles.

First, the workouts must be short. Abadjiev’s athletes may have been in the gym five times in a single day, but the workouts were short, lasting about 45 minutes. Any longer would be counterproductive because their testosterone levels would decline. Likewise, your workouts, excluding warm-up, should take about 40 minutes.

Second, rest adequately between twice-a-day workouts to allow your hormone levels to readjust. Because the Bulgarians trained so frequently, their workouts would be spaced as little as 30 minutes apart. For twice-a-day training, I believe the sessions spaced four to six hours apart. 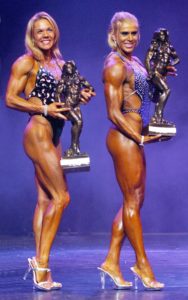 For physique transformation in twice-a-day training, use a variation of the first exercise during the second workout. (Miloš Šarčev photos)

Fourth, pay special attention to post-workout nutrition. After a workout, liquid nutrition is best, and that feeding should be high in protein. For a 200-pound male bodybuilder, an effective post-workout shake should contain about 40 grams of protein and 100 grams of carbs. An antioxidant formula containing vitamin C would also be a good idea.

Five, vary the total volume of your workouts to avoid overtraining and keep motivation high. Training twice a day will not only temporarily depress testosterone levels but is mentally taxing. To combat both these issues, for every two weeks of twice-a-day training, perform a week of once-a-day training.

Finally, establish a competitive environment in your workouts. If you can’t train with a team of dedicated athletes, find a serious training partner to help push you to train hard, heavy, and fast!

Training twice a day is not for everyone, but for those who strive for physical superiority, the results are worth it!