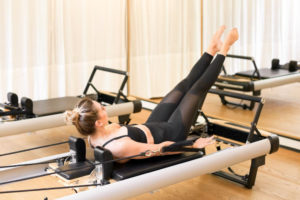 Commonsense advice on the value of this popular training system

The exercise method known as Pilates is usually associated with the worlds of dance and figure skating. About once a decade, however, the champions of Pilates try to expand into the Iron Game with a promise of improved posture and reduced risk of injury. One way they try is with testimonials from superstar athletes who attribute much of their success to this mysterious conditioning system. Should we listen to what these people have to say?

As background, Pilates is a training system developed by Joseph Pilates of Germany. Joseph was born in 1883 and was a frail child. Through hard work in sports such as gymnastics and boxing, he overcame his weakness and then some. In 1912 he moved to England and earned a living as a circus performance, boxer, and self-defense instructor in law enforcement.

During World War I, Joseph worked with wounded soldiers as a nurse. To accelerate their recovery, Joseph invented several exercise machines, some using bed springs for resistance. He called his system of training “Contrology.” I must point out, however, that physical culture pioneer Eugen Sandow was publishing books on health and exercise before Joseph was born. Perhaps coincidence, but many of Joseph’s teachings, such as using low reps on complex compound movements, appeared in this book and others. 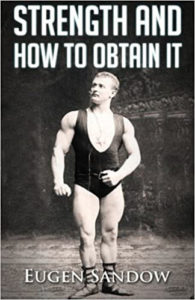 Many of the ideas promoted by Joseph Pilates may have been inspired by the early work of physical culturist Eugen Sandow.

His next career move took him to the United States in 1925, and on the journey to America, he met Clara, who would become his wife. Joseph and Clara opened an exercise studio in New York where their training methods became a hit with dancers and later movie starlets. Among their students were Martha Graham and George Balanchine. Graham founded the Martha Graham Dance Company and developed a dance method called the Graham technique. Balanchine became a famous choreographer who co-founded the New York City Ballet. Graham and Balanchine became a significant source of client referrals for Joseph and Clara.

If you visit a major Pilates studio today, you will see many of Joseph’s unique exercise machines. Many of his machines appear to be variations of common gymnastics equipment. The “Spine Corrector Barrel” may have been inspired by a gymnastics pommel horse, and the “Cadillac” may have drawn its inspiration from the horizontal and parallel bars in gymnastics.

The issue I have with Pilates is the bizarre claims by many of those who promote this system of training while spreading misinformation about weight training. One ad I read said, “Pilates lengthens muscles, whereas weight training shortens them, making them tight and stiff.” Another ad said weight training could make an individual “muscle bound.” Seriously?

Muscles produce movement by shortening and lengthening, but weight training will not make them permanently long or short. If Pilates could make muscles longer, they would become slack and unstable. And consider that next to gymnasts, weightlifters often display not only exceptional flexibility but strength throughout a full range of motion. I’ve got two more.

Pilates said his exercises “are done lying, sitting, kneeling, etc., to avoid excess strain on the heart and lungs.” Seriously? Is exercising in these positions also easier on the liver and other internal organs? Then there’s the claim that Pilates is an effective method for losing weight. Yes, elite dancers are often lean, but this is often related to their genetics, long hours of training, and, unfortunately, a lack of food. It’s not from performing low resistance exercises on a Reformer.

As for the value of Joseph’s fancy machines, one problem with springs is that the resistance curve changes as the springs lengthen. This resistance curve may not match the strength curve of the trainee, such that the muscles are not worked as hard as they should be. Also, the resistance these machines provide is minimal and will not develop high levels of strength or muscular hypertrophy.

The bottom line is that if you like doing Pilates, knock yourself out. Hey, any exercise is better than no exercise! But don’t believe the hype that Pilates is a superior form of training.