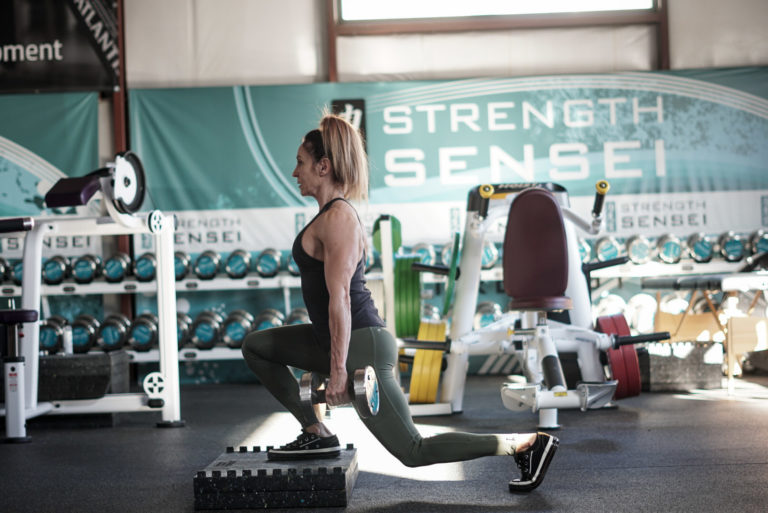 Charles Poliquin came up with the term “structural balance” three decades ago to describe his method to assess strength imbalances that can affect athletic performance and prevent injuries. This program is discussed in detail in CHP Podcast #1: Structural Balancing.

A complete structural balance test, both upper and lower body, takes about two hours. This testing gives the coach enough normative data to determine what the client needs to focus on in training. Testing longer than two hours and fatigue will affect the testing performance. It also suggests that the tests you are using may not be effective.

For those whose primary goal is to get stronger (or to get stronger to get bigger), structural balance testing will help you determine if muscle imbalances are limiting your progress. “You will find that you are as strong as your weakest link,” says Poliquin. “As my colleague Louie Simmons would say in the sport of powerlifting, ‘If a given lift does not improve, it’s not because you are weak in the lift, there’s a muscle that limits that lift.’”

What’s more, the muscle(s) that is holding you back is often not the ones you were suspect. Let’s say one of the predictor lifts for an athlete is the bench press, and your progress is stagnating. The weakness may not be in the muscles of the chest or arms, but the upper back. Poliquin says that if the opposing muscles, called antagonists, are weak, the brain will shut down the prime movers. For the bench press, this could mean that the fastest way to overcome training slumps is to train the upper back muscles.

One example of how structural balance works is when Poliquin worked with NFL player Jim McKenzie. McKenzie could close grip (14-inch grip) bench press 280 pounds. Poliquin found that McKenzie’s rotator cuff strength was relatively weak compared to his bench press strength. For the next 12 weeks, McKenzie focused on rotator cuff exercises but did not perform the bench press. However, at the end of this period, McKenzie bench pressed 331 pounds, a 51-pound increase! Now structurally balanced, McKenzie went back to a conventional workout and six weeks later upped his max to 380 pounds!

Although the ratios for the various strength tests were based on Poliquin’s research with his clients, his inspiration for structural balance came from studying European weightlifters. Poliquin found that weightlifters practiced structural balance with their predictor lifts for their competition lifts, the snatch and the clean and jerk. For example, how much a lifter could perform in the power clean and squats (front and back) was related to how much they could clean. If their clean was low in relation to their squats, they needed to work on technique or focus more on speed with lighter weights; if their clean was high in relation to their squats, then they needed to increase their squat.

Not all of Poliquin’s structural balance testing involves lifting weights. For example, one test that he found useful for determining structural imbalances in the hips, knees, and lower back is the Klatt test, created by Lois Klatt, Ph.D.

The Klatt test involves hopping off a low platform in bare feet and landing on one leg. If the athlete’s knee buckles upon landing, this indicates a weakness in the vastus medialis oblique, (VMO) a quadriceps muscle that crosses the knee. If the VMO is weak, this could put the individual at a greater risk of a knee injury and affect their ability to lift maximal weights in the squat. To correct the imbalance, Poliquin uses several exercises, including one he developed called the Poliquin Step-up.

Another topic discussed in Structural Balancing is how to determine the muscle fiber type of specific muscles. Poliquin found that having an athlete perform a specific percentage of their 1-repetition maximum can determine if that muscle is more fast twitch or slow twitch. This information is valuable for determining which sports an athlete would most likely excel and has implications for program design.

If you want to learn how to refine your program design skills, start with the basics by learning more about structural balance training.