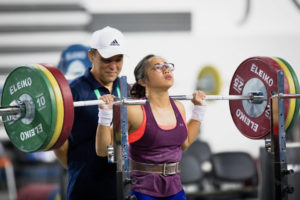 I say this because training at high speeds should be performed after developing a base of maximum strength, and developing maximal strength is best achieved by performing slow movements with heavy weights. In other words, to train for speed, athletes need to train slow!

Several years ago, German sports scientist Dietmar Schmidtbleicher joined me at a pre-conference seminar for the National Strength and Conditioning Association. Those who did not attend missed out, as Schmidtbleicher is one of the foremost experts on explosive training, such as plyometrics for athletes. (For this reason, I strongly suggest you pick up the IOC Medical Commissions Publication’s Strength and Power in Sport. Schmidtbleicher wrote the chapter, “Training for Power Events.” It’s heavy reading, but if you’re a strength coach and take your profession seriously, you need to look at the science.)

Schmidtbleicher, among other experts in his field, found that muscles increase in strength faster if trained at various speeds. I also believe that before focusing on intense plyometric activities such as depth jumps, the athlete should have a foundation in maximal strength training performed at slower tempos. If not, the risk of injuries, especially overuse injuries, is much higher. 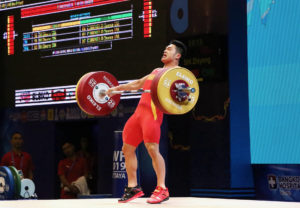 Logan competed in the 1984 and 1988 Olympics before I started working with him. For Logan, I believed slow tempo deadlifts help control knee and trunk flexion during turns, whereas high-velocity training with snatches helped improved power for the release of the implement. The results?

Although there is research suggesting that a combination of velocity speeds is not superior for producing leg power, I believe such variation is necessary for elite athletes to achieve top form.