Yes, we all know that Ben Johnson lost his gold medal in 1988 when he failed doping control. And we know that Charlie Francis, Johnson’s coach, was banned from coaching. But there is much more to this story, along with insights into how elite athletes should train, in Charlie Francis’ Speed Trap.

Those who have followed Charles Poliquin know that he considered Francis an innovative coach whose training methods created a paradigm shift in how we look at speed. Consider this comment Poliquin made about Francis’s contributions to his training knowledge in the Poliquin Principles:

“The basic premise of the critical drop-off point, which I learned from discussions with Canadian sprint coach Charlie Francis, is ‘never increase the quantity of stimulus at the expense of quality.’ It is pointless to perform sets in which the resistance is reduced so much that you don’t train the appropriate motor units and don’t create sufficient tension on the muscles to elicit gains. These additional ‘garbage sets’ would also impede recovery by putting excessive strain on the nervous system and energy stores.’

Before going further on training, let’s look at some background Francis provided about himself in the book. 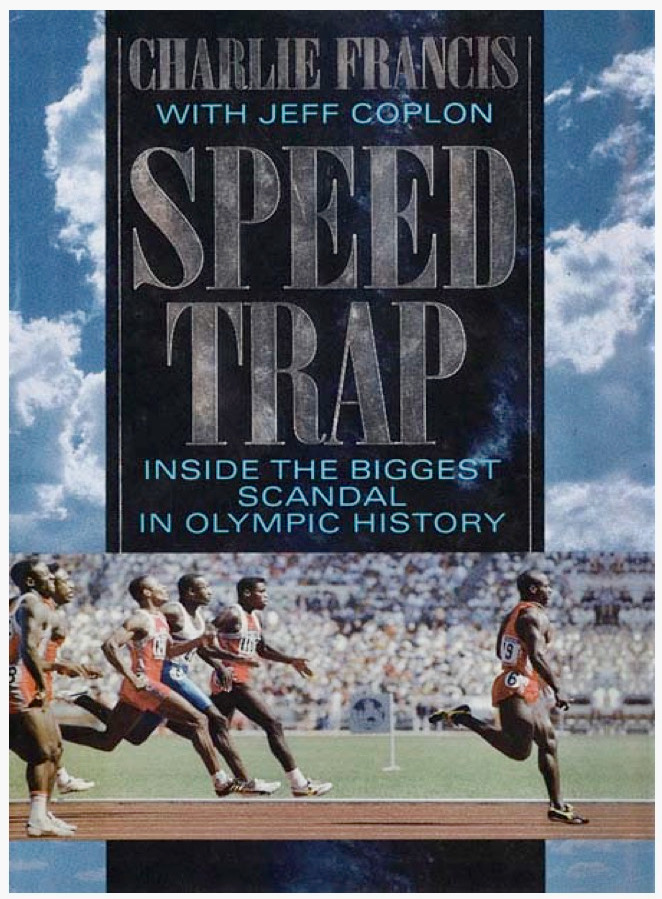 Francis was a talented sprinter in high school. In the summer of 1964, at age 15, he joined the Don Mills Track Club in Toronto. Francis dominated the national age-class championships and ran the 100-yards sprint in 9.6 seconds for a Canadian under 19 record. He did well in the 220-yard event but preferred the 100 as it determined “who was fastest.” His success earned him a scholarship at Stanford University in 1967. In June of 1971, he ran a 10.1 in the 100 meters at the Pan Am trials and reached the quarterfinals in the 1972 Olympics. Francis died on May 12, 2010 after a five-year battle with Mantle Cell Lymphoma.

One coach who had a profound effect on his future coaching methods was Percy Duncan. Specifically, on the relationships between volume and intensity in sprinting. “Percy was the first coach I’d encountered who understood that less was more: that too much work saps an athlete, and that you keep a runner sharpest (and most likely to excel in competition) with low volumes of practice. At Stanford I would run all-out for up to 320
metres at a stretch, but Percy’s maximum speed drills never exceeded 70 metres. More typically, I’d go 20 metres fast out of the blocks, then easy for 60 metres, then hard again for 20 metres, in sets of six. Intensity was more important than volume.”

The work of Francis parallels that of famed Bulgarian weightlifting Coach Ivan Abadjiev. In contrast to the Russians, Abadjiev focused on high-intensity (as related to a 1-repetitions maximum) lifts, seeing little value in lower intensity lift. Contrast that with this statement by Francis: “Percy saw no point in running at intermediate speeds, which he thought would tighten your muscles without honing your power. He wanted his runners moving fast or slow – nothing in between.”

Percy also taught Francis the importance of ensuring complete recovery between high-intensity sprinting. He said that it was common after a sprint to walk back to the start and sprint again. After 2-10 second sprints, Percy would make Fancis rest up to 10 minutes!

Poliquin also commented on recovery in sprinting in the 90s, adding how aerobic training could not increase it. “People say that if you run, sprint, and have a fitter aerobic system, you will replenish ATP-CP in the cell faster.” Said Poliquin. “Capilization takes place in Type I fibers—why would Type II fibers benefit from that? Another thing, it takes your nervous system five to six times longer to recover than muscle cells. You may have
plenty of ATP-CP back in the Type II fibers, but your brain can’t activate them if the rest period is too short.”

Finally, just as Poliquin has talked about the importance of recovery methods throughout his career, Francis also discussed this topic in detail. Francis’ “go to” recovery tool was massage, which he also believed could be used as a diagnostic tool to determine muscle tone that determines an athlete’s “state of readiness-or his vulnerability to injury.”

In addition to training, Francis includes gems about how to run, often crediting his mentors. Here is one statement that summarizes how elite sprinters run. “Percy taught me the difference between running and sprinting-that while you run on the ground, you sprint over it, with the briefest possible foot contact. It’s like the spinning of a bicycle wheel; a sharp slap of the hand will impart more speed to the wheel than would a more prolonged stroke. The strongest sprinters spend the least time in pushing along the ground. They focus instead on moving their legs up and down, and are barely conscious of how their force is translated into horizontal impetus. They feel ease rather than power in their motion, since they overcome resistive forces-ground and air, gravity and inertia-with so little difficulty.”

Another mentor of Francis was Gerard Mach, who helped Francis understand the difference between muscular fatigue and central nervous system fatigue, and much more. “Gerard’s greatest influence on my own future coaching lay in his programming: his ability to construct an annual plan of training and competitions for athletes to run their best when it counted most, and to progress from one year to the next.”

Francis said that Gerard believed in “double periodization” consisting of a winter indoor season and a summer outdoor season. “Within each segment there were three phases: a preparatory phase, a main work phase, and a competition phase, each of which emphasized different training components and varied the proportion of work to rest. Without periodization, an athlete works at the same level year-round and inevitably
grows stale, since he will stop improving after six to eight weeks at a given task. Gerard understood the need to vary the stress on the organism-to increase the work demand, or cut it, or shift to a different component-if you wanted to keep expanding an athlete’s capacity.”

If you can look beyond the drug scandal, which Francis discusses in extensive detail, you’ll find considerable valuable information in Speed Trap on how to train fast athletes to become even faster.

[You can purchase Charlie Francis’ Speed Trap at Amazon.com.]

For the latest training content from Charles and our team of coaches, join the Dojo of Strength. Each month you receive exclusive articles, videos, and programs to help you train and coach your best using proven techniques pioneered by Charles Poliquin.