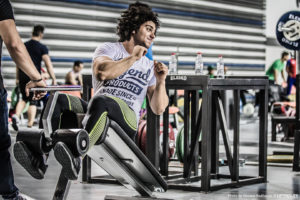 Effective exercises to increase abdominal strength from all angles

Many sports coaches believe that the best way to develop rotational strength is to practice more. Baseball players need more time in the batting cage, discus throwers need more reps in the throwing circle, and golfers must make the driving range their second home. This approach will work, but it’s not efficient.

First, forget about those seated rotary torso machines found in many fitness centers and spine rehab centers. These machines do not effectively train the obliques because most oblique fibers run diagonal to the spine, not horizontally. Although these machines may have some value in the early stages of rehab (not that you couldn’t duplicate this movement with, say, a medicine ball), they cannot significantly increase rotational strength.

One classic physical therapy textbook that shows many excellent resistance exercises to train negative and positive torsion is Training Therapy: Prophylaxis and Rehabilitation by Rolf Gustavsen and Renate Streeck (2nd edition, 1993). The rotational movements presented primarily involved cables to increase resistance and were called self-mobilization exercises. Many of the woodchop and reverse woodchop exercises performed by many therapists and strength coaches can be found in this information-packed textbook.

Among the best tools for developing negative torsion are “land mine” devices, which are appropriately named, as they loosely resemble some of the land mines used in the two World Wars. Although many gyms have landmine devices that attach to a power rack and are the most secure, there are also many stand-alone units. If your gym permits it, you also could do these exercises with the end of an Olympic barbell wedged in the corner of a wall, but this often tears up the wall and the barbell sleeve.

One landmine exercise to develop rotational strength with negative torsion would have you position the device on the lowest peg of a power rack. Begin by grasping the handles and assume a starting position with the bar at the side of your body and your knees flexed. You then lift the weight in a half-circle pattern, rotating and extending your spine while pivoting on the balls of your feet. Relatively heavy weights can be used with this exercise, and the initial movement can involve rapid acceleration for superior transfer to sporting movements. However, don’t rely on photos from a book — find a competent trainer who can show you how to perform these exercises correctly.

Finally, consider that among the first uses of kettlebells for general fitness and to develop rotational strength for throwing events in track and field. For track athletes, they often performed many release drills (so yes, throwing them). This is not as common today (as the kettlebells will tear up a field), so often, these athletes will perform similar drills with medicine balls.

Rotational strength training may not be the most popular form of training performed in a gym, but they are a must to achieve the highest levels of athletic fitness.