Muscle: Confessions of an Unlikely Bodybuilder

An inside look into the world of hardcore muscle building

In 1977, the movie Pumping Irongave the general audience an inside look at the world of professional bodybuilding. It followed Arnold Schwarzenegger and challenger Lou Ferrigno as they prepared to meet in the prestigious Mr. Olympia competition. Samuel Wilson Fussell took a radical approach to cover the sport — he became a competitive bodybuilder!

An Oxford graduate, Fussell’s mother and father were successful writers, with his father being an Ivy League professor. But at 6-foot-4 and 170 pounds, Fussell seemed an unlikely candidate to put on a pair of Speedos, oil up, and flex his muscles in a bodybuilding competition. Nevertheless, he put his goal of going to Yale on hold to pursue a Ph.D. to eventually head to the mecca of bodybuilding in Southern California.

To prepare for his experiment, Fussell studied Flex, Ironman, Muscular Development, and, of course, Arnold’s The Education of a Bodybuilder(for inspiration), and The Encyclopedia of Modern Bodybuilding(for training knowledge). This preparation, plus working out in gyms where the biggest of the big trained, would hopefully get him on the fast track to becoming brutally huge. 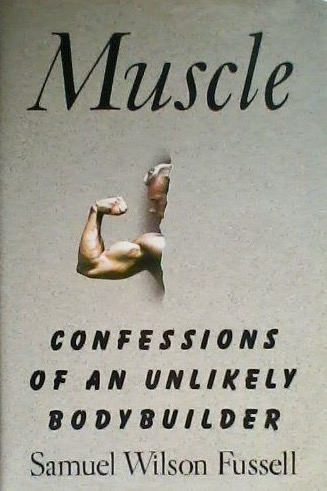 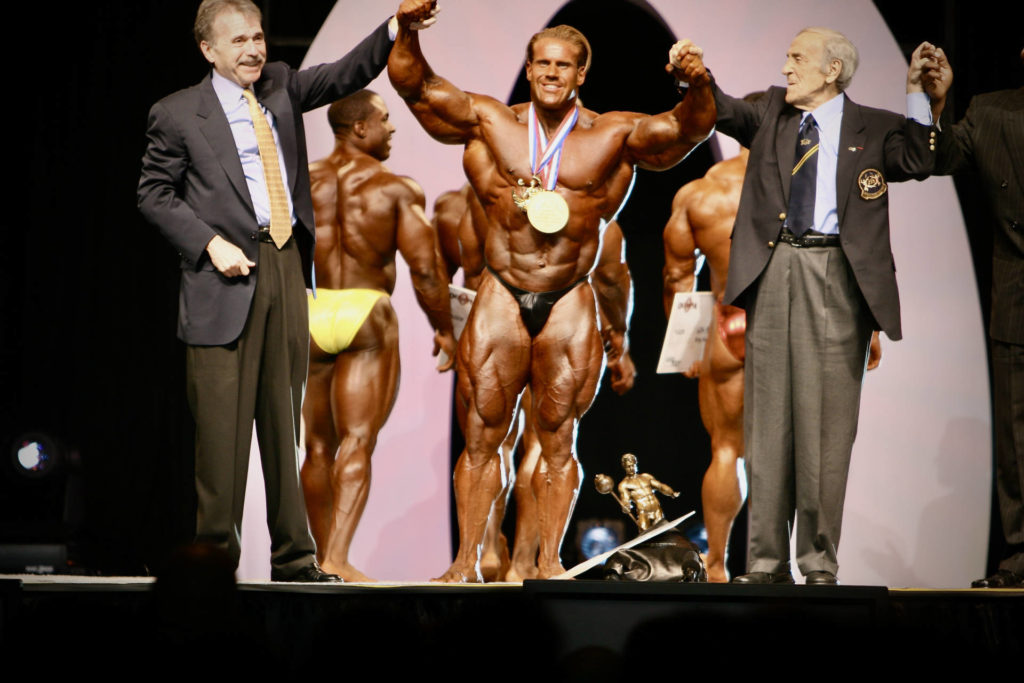 The road to a championship physique is explored in Muscle: Confessions of an Unlikely Bodybuilder. Shown is one of the best-ever, 4x Mr. Olympia winner Jay Cutler. (Miloš Šarčev photo)

Fussell started pumping iron in September 1984. In his first six months, Fussell put on 15 pounds of muscle. However, with his height, that 185-pound frame only sported 15-inch arms, 24-inch thighs, and a 40-inch chest. And make no mistake — Fussell had no interest in weightlifting or powerlifting. Instead, he was “a builder” who wanted to experience, as the title of Chapter 4 promises, “The Metamorphosis.”

Fussell soon understood that much of the advice in the muscle magazines and book was misinformation. “From what I could see in the gym, the best bodies were developed through consistent training, hard work, and attention to diet. Those who wanted the best bodies and were willing to do whatever it took to get them got them. It had nothing to do with slow-twitch or fast-twitch muscles, with ‘metabolic optimizers’ or ‘the mind-body connection’ touted by the latest article.” More specifically, Fussell said, “What mattered was sheer desperation and effort.” And this is where Fussell’s book sets itself apart.

Throughout his book, Fussell explains what it’s like to train not with desire but desperation. Especially demanding was calf training. “I learned to judge a successful leg day by the quality of cramping every evening. If I could fall asleep back at the bunker without severe muscular pain, then something was terribly wrong.” Then there were the forced feedings of large quantities of plain, high protein foods that took the joy out of eating.

“I wanted to eat a meal for the simple pleasure of savoring the food, rather than worrying about its net protein utilization value,” says Fussell. “It wasn’t just doughnuts and chocolate éclairs. It was Brie cheese and wine, ham and French bread. I longed for salt and butter, those staples that actually give food taste.” But the discipline paid off.

By September 1986, two years after he had first embraced the Iron Game, Fussell increased his bodyweight by 50 pounds and had added two inches to his arms and thighs and eight inches to his chest. Then progress stagnated, and he made the decision to enter the dark world of steroids.

Fussell’s use of steroids enabled him to continue making gains. He eventually tipped the scales at 257 pounds, 87 pounds above his starting weight. His arms reached 18 inches, his thighs 28 inches, and his chest expanded to 52 inches and tapered to a 34-inch waist. He then took the final step in this bodybuilding journey and competed on stage. Fussell provides before-and-after photos of his physical transformation, along with his competition photos.

But this success came with a price, and Fussell explains the toll the drugs had on his health and mental state in vivid and often disturbing detail. Consider this passage about the effects steroids had on his skin: “As the months flew by and I trained and ate and injected, the acne invasion spread from my face to my neck, my chest, my upper back, even my scalp, until, finally, it found its way to my shins and toes. Wherever I had skin, I had pimples.”

You won’t get much practical training or nutritional information from reading Fussell’s story. You will, however, gain an appreciation for what elite bodybuilders must do, and sacrifice, to achieve their extreme physiques.

[You can purchase Samuel Wilson Fussell’s Muscle: Confessions of an Unlikely Bodybuilder at Amazon.com.]