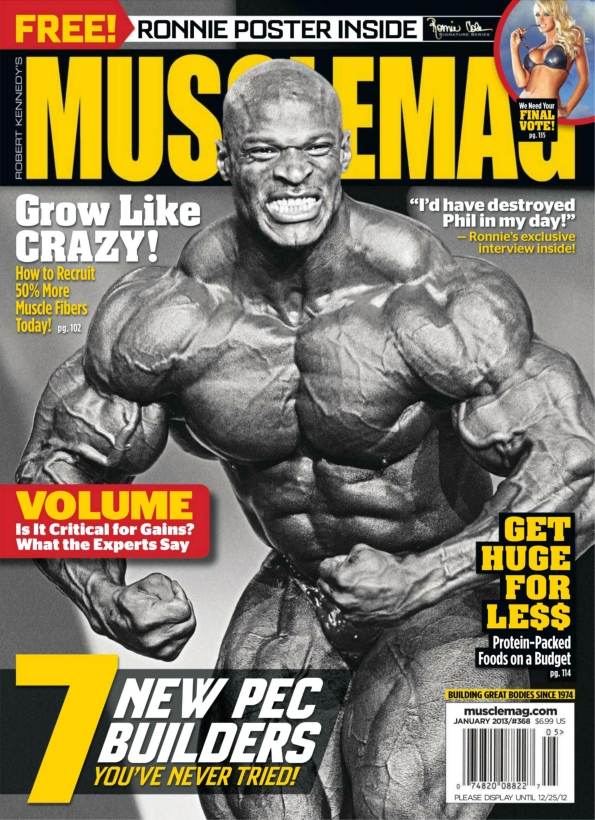 It’s no secret that Charles Poliquin was a fan of bodybuilding and contributed to many popular newsstand publications. One of these was the hardcore bodybuilding magazine MuscleMag International.

MuscleMag International was created by Robert Kennedy. He was born in 1938 to an Austrian father and an English mother; both were schoolteachers. Kennedy studied at the Norwich University College of the Arts in Norfolk, England, and taught art for eight years. In 1967, he moved to Canada and spent the next five years teaching art in Brampton, Ontario.

Kennedy loved weight training, and in 1968 wrote an article in Iron Man magazine about a training principle he developed called pre-exhaustion. With this method, the trainee fatigues a muscle with a set of a single-joint exercise and immediately follows it with a multi-joint movement that works that same muscle and additional muscles. An example would be performing a biceps curl followed by a set of parallel-grip pulldowns, or rope pressdowns followed by dips. For maximum results, minimal rest should be taken between sets.

Pre-exhaustion was popularized by Nautilus founder Arthur Jones, who eventually developed a line of weight training machines that enabled the user to move from the isolation exercise to the compound movement quickly. For example, one machine enabled you to perform an overhead press immediately after lateral raises, and another a leg press immediately after a leg extension. Charles Poliquin criticized the technique as not being as effective for strength development as post-exhaustion, where a multi-joint exercise is followed by a single-joint exercise that uses one of the muscle groups worked in the first exercise. However, Charles also agreed with the idea that “The best exercise is the one you are not doing,” so he believed pre-exhaustion could be used occasionally for variety.

In 1972, Kennedy began a mail-order business that sold courses on nutrition, bodybuilding, and physical fitness. Despite having no experience in magazine publishing, he launched MuscleMag International in 1974. The magazine wasn’t a hit at first, taking 15 years before it generated a profit.

MuscleMag International stood out on the newsstand as each issue was a monster, often exceeding 300 pages. It covered bodybuilding instruction, featured bodybuilding celebrity profiles, contest reviews, general bodybuilding news, and dozens of regular columns. With his background in art and photography, Kennedy packed each issue with an abundance of eye candy.

Kennedy published several other magazines, the most successful being the women’s fitness magazine Oxygen, which began in 1997 and is still going strong with a readership of 484,000 and a print circulation of 186,000. As if this wasn’t enough to keep himself busy, Kennedy also published over 50 books about bodybuilding, with much of the content coming from articles published in MuscleMag.

Even into his 70s, Kennedy took a hands-on approach as an editor, keeping regular business hours. Kennedy died on April 12, 2012, of lung cancer, and MuscleMag continued until its last issue was published on June 7, 2013.

Kennedy was a champion for bodybuilding, both as a sport and as a way of life. He said this about his publications, “Our mission is to inspire, entertain, engage and inform our readers, assisting them in becoming the best that they can be!” And he did just that!