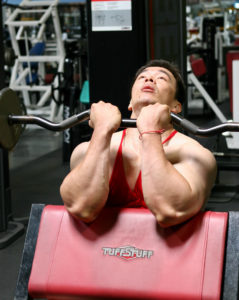 One reason bodybuilders become hardgainers is they developed a mindset that they are hardgainers. This was not the case with Larry Scott.

Scott was born with narrow shoulders and wide hips, and if you saw the photos of him as a teenager, you would not probably label him a hardgainer. When he was 16, he stood 5-feet-7 and weighed 120 pounds. Twelve years and nearly 100 pounds of muscle later, Scott won the first Mr. Olympia title in 1965, sporting 20-inch biceps.

Success stories such a Larry Scott’s confirm my opinion that hardgaining is primarily a mindset. And it’s not so much that hardgainers are not training hard enough or using poorly designed workouts, but that they are making poor lifestyle choices and not addressing their nutritional needs. Here are five practical tips that can help turn around the program: 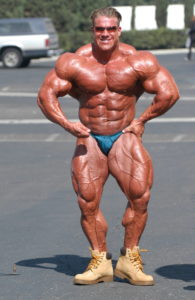 As a bonus tip, take naps. If you want to gain mass, nap often. About 20-60 minutes will work. MuscleMag Internationalpublisher Robert Kennedy was one of the biggest champions of napping for building muscle. If you can’t nap during the weekday, at least nap during the weekend. Seriously, the extra Z’s will make a difference.