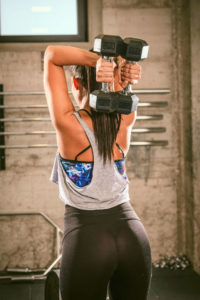 There is a seemingly endless number of hardcore exercises to train the major upper body muscle groups. Military presses for the shoulders, chin-ups for lats, and bench presses for the chest. However, there appears to be some confusion about glute training, leading to an abundance of odd movements with ankle weights and Swiss balls.

The face and figure of glute-centric training in the 80s was Tamilee Webb, a fitness celebrity who produced 22 videos, her most popular being Buns of Steel, created by former pole vaulter Greg Smithey. Lunges were a part of Webb’s glute workout, along with many isolation movements performed on the floor. Other celebrity icons with glute workouts were Denise “America’s Fitness Sweetheart” Austin, Kathy Smith, Suzanne “Three’s Company” Somers. Somers, who promoted her Thigh Master to over $100 million in sales, followed that with a similar “Buttmaster” device.

Before looking at what works for building and shaping the glutes, consider that one of the keys to great glutes is low bodyfat. Just as a bodybuilder needs to shred the fat to show off their six-pack abs, the glutes won’t have a great shape if layers of fat cover them. Perhaps this is why so many glute programs by fitness celebrities focused so much on cardio?

Although countless lower body exercises will involve the glutes, there are two key factors to consider to get the most out of glute training.

First, you should exercise through a full range of motion. If you look at the development of weightlifters (athletes who compete in the snatch and clean and jerk), you’ll see that they often have tremendous glute development. This comes from full-range competition lifts and deep squats. Sure, you can handle a ton of weight on quarter squats, but they will do little for glute development and put you at a higher risk of lower back pain. Other glute-building exercises that often are cut short in their range of motion are split squats. 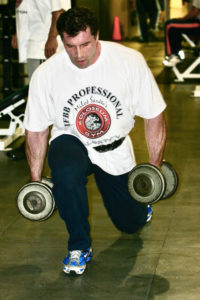 Keys to developing the glutes include performing exercises through a full range of motion with resistance! (Miloš Šarčev photo)

Second, you need to use resistance. Sure, clamshell exercises and kickbacks look great on a fitness video and have value for back rehab programs, but they do little for adding curves to your curves. In fact, the popular kickback machines promoted to work the glutes were primarily working the lower back and hamstrings, according to EMG studies. Also, many of these machines caused hyperextension of the lower back, contributing to lower back pain.

Three great glute exercises that most trainees are reluctant to use resistance on are back extensions, reverse hypers, and good mornings. In the 60s and 70s, good mornings were often a staple of many elite weightlifters, especially those from Russia.

Although lunges and step-ups work the glutes, squats are better because they do not require as much of a challenge in trying to stabilize the body. Less stability means more weight can be used, and more weight means a higher intensity level and muscle development. So sure, included lunges and step-ups in your workout, but focus on full squats.

One type of squat that targets the gluteus maximus is the one and one-quarter squat where you squat all the way down, come one-quarter of the way up, squat all the way down again, and then come to the fully erect position. These squats also strengthen the vastus medialis oblique (VMO). The VMO is a knee muscle involved in knee stability and is often underdeveloped in athletes and non-athletes.

The bottom line on your bottom line is to ignore the flashy booty exercises in fitness celebrity videos and focus on proven glute developers such as full squats.