Arnold: The Education of a Bodybuilder is an autobiographical account of the life and lifting times of Arnold Schwarzenegger. Arnold wrote that in the summer that he turned 15, he discovered “exactly” what he wanted to be when he grew up: the best bodybuilder in the world. He accomplished that goal, but there is much more to Arnold’s story since this book was published in 1977. And in Total Recall: My Unbelievably True Life Story, the Austrian Oak needed over 600 pages to tell it all.

Arnold begins by discussing the challenges Arnold had growing up, a story that discusses the challenges that motivated him to become such a man of focus. Then he devotes a third of the book to those early years of competition, cumulating in his domination of the Mr. Olympia event. Much of this discussion was about Arnold’s frustration with the negative stereotypes about bodybuilders, including being “imbeciles” and “narcissists” with “inferiority complexes.” 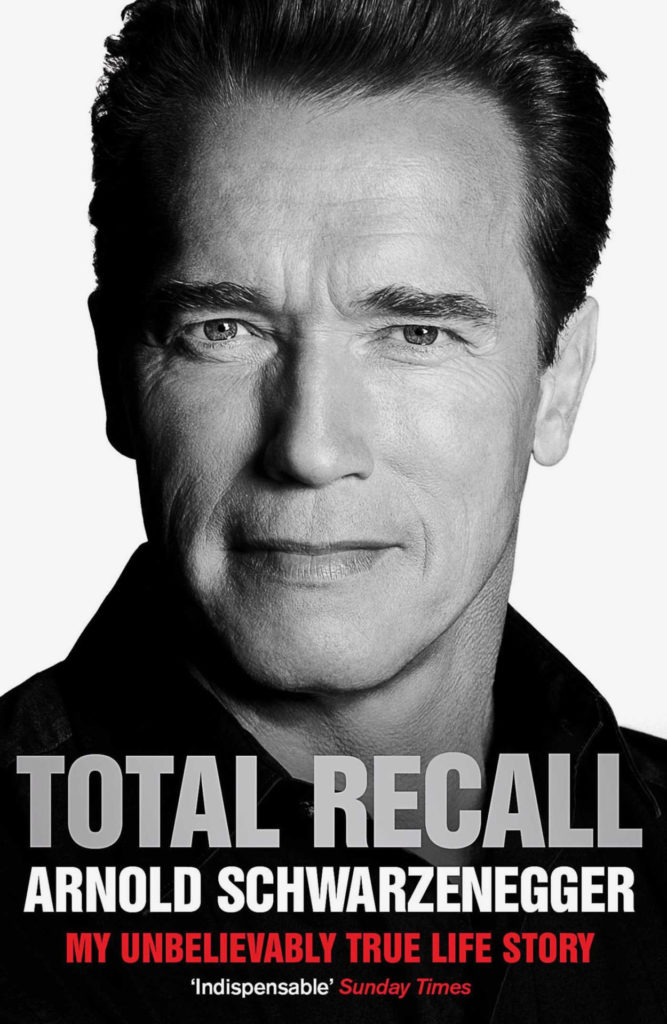 Helping Arnold tell his story is a set of classic, black and white photos of his early years in Venice Beach and behind-the-scenes glances at competitions. The book contains three more sets of photos, one of movie photographs, one of family photographs, and one of political photographs..

The book is written in chronological order, but you may want to start with Chapter 30: Arnold’s Rules. This chapter consists of four general guidelines to help you develop a positive mindset to help you succeed in all areas of life. These guidelines are apparent throughout the entire book. You also might want to purchase the Kindle version of the book, as you can use the index to quickly go to the part of Arnold’s life you find most interesting.

Although Arnold covers many of the aspects of his life in considerable detail, the major criticism by reviewers is that it glosses over some of his mistakes. One, which many reviewers of this book focused on, was his affair with his housekeeper that led to the birth of a son, Joseph. Joseph was born on October 2, 1997, but it wasn’t until 14 years later, prompted by Joseph’s physical resemblance to Arnold, that the secret was let out. This affair devastated his marriage to Maria Shriver, but they continued to work hard as a couple to raise and support their four children. It’s interesting that their son Christopher had a long struggle with bodyfat while Joseph got bit by the Iron Bug.

The underlying theme of Total Recall is that Arnold was obsessed with fame and stardom, and this obsession helped him become a champion bodybuilder, a movie star, and the governor of California. Remarkable, but the book is a bit sanitized as Arnold always presents himself in a positive manner, focused on achieving goal after goal and justifying whatever it took to achieve those goals. Consider his view on steroids.

Arnold says he learned early on that other elite bodybuilders were using steroids and that he needed them to become the best but downplayed how much they helped him succeed. He said that steroids were not against the rules at the time, there was little evidence of side effects, and that they gave him about as much advantage as good suntan! Seriously?

When Arnold retired from bodybuilding, he saw that many bodybuilders were taking massive amounts of steroids, as much as 20 times what he was, and that some bodybuilders died from their use. As a result, he said that he has worked hard with the International Federation of Body Bodybuilding and Fitness (IFBB) to get drugs banned from the sport. Well, bodybuilding fans know how well that worked out!

In summary, Total Recall is not a “tell-all” book filled with self-examination, and at times reads like a promotional piece written by a public relations firm that will leave some readers disappointed. But hey, it’s a book about Arnold!

(You can purchase Total Recall: My Unbelievably True Life Story by Arnold Schwarzenegger through Amazon.com.)