Beyond the Universe: The Bill Pearl Story

The fascinating autobiography of a bodybuilding legend

The name Bill Pearl deserves mention in any discussion about bodybuilding legends. Certainly, Pearl’s physique at his best would pale in comparison to today’s mass monsters, but in his era, Pearl was the G.O.A.T.  How he became that way is explored in his autobiography, “Beyond the Universe: The Bill Pearl Story.”

Charles Poliquin frequently discussed the accomplishments of Pearl, citing his long competition career and being as strong as he looked. Pearl stepped on the bodybuilding stage for the first time in 1952, placing third. His first major title win was the 1953 NABBA Amateur Mr. Universe, a competition that featured Sean Connery before his James Bond fame. 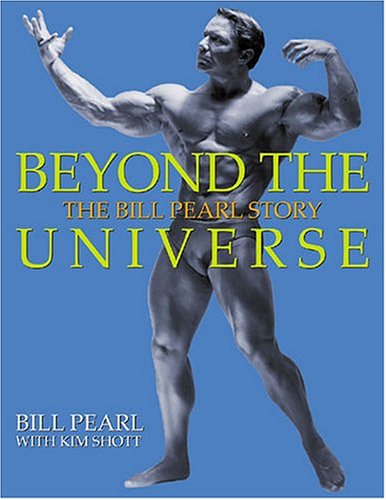 To the disappointment of bodybuilding fans, Joe Weider would not allow Arnold Schwarzenegger to compete. Weider had a non-compete clause for IFBB bodybuilders that prevented them from competing in any bodybuilding events other than those sanctioned by the IFBB. Rather than facing suspension and losing the financial opportunities that Weider offered, Arnold did not take part. And the question will forever be debated in the bodybuilding community if Pearl could have beaten Arnold. Still, there was the challenge of Oliva, a genetic marvel who deserved his nickname “The Myth!” 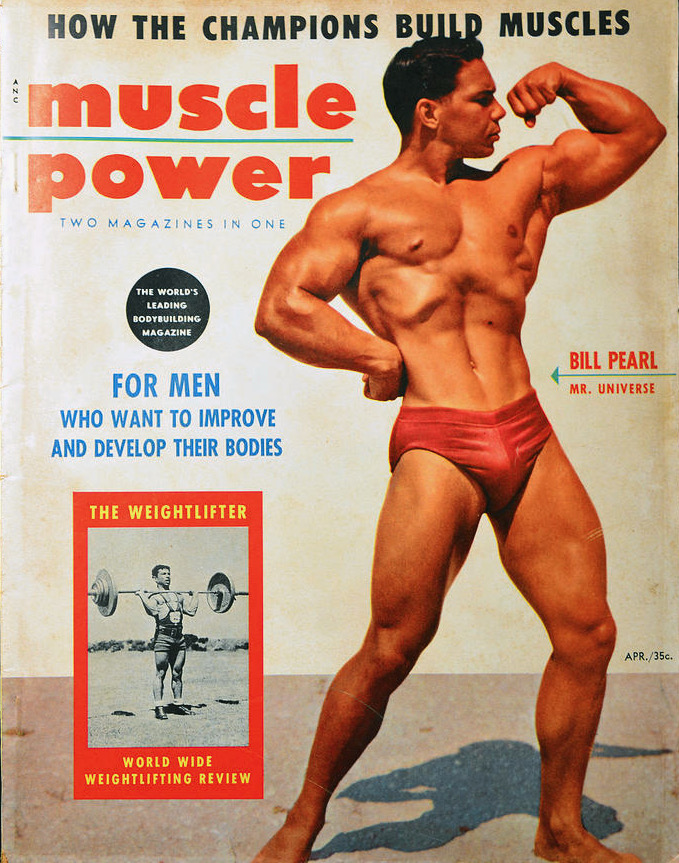 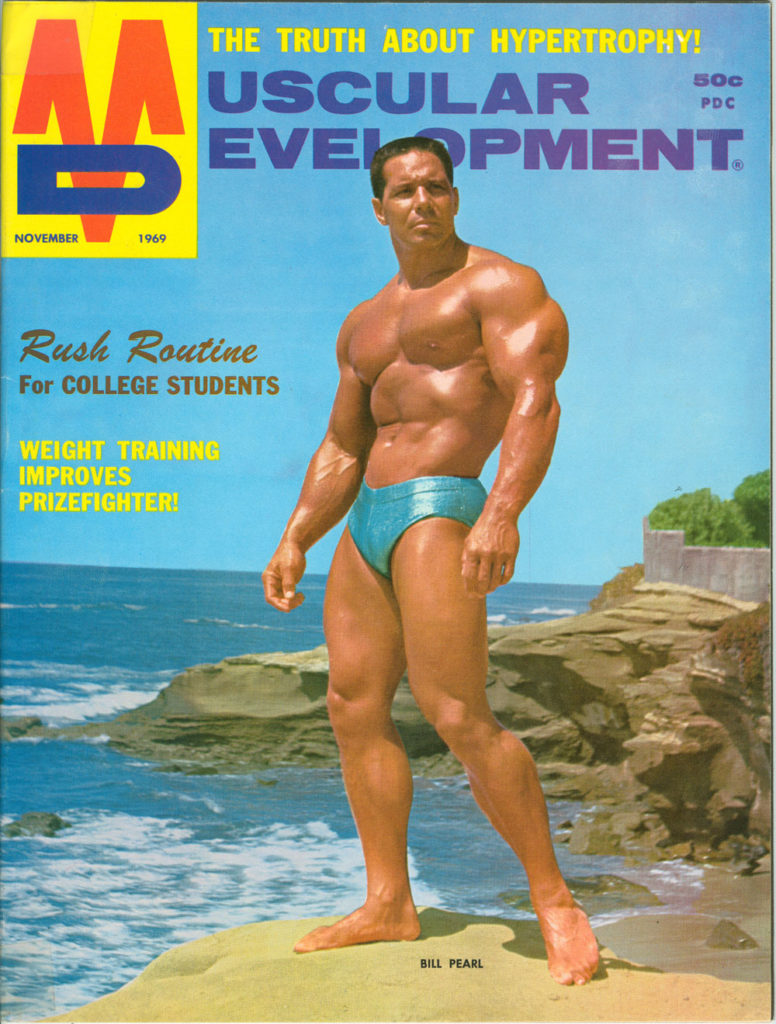 Published in 2003, Beyond the Universe, Pearl discusses his motivation for putting on his posing trunks for one last time. One was his paper war with Nautilus founder Arthur Jones. Jones wanted Pearl on his team, offering him a Nautilus franchise for California, along with giving him two of his machines. However, Jones became furious with Pearl when he modified the units and publicly criticized Jones’ belief that his machines were better than free weights.

Regarding this last statement, Pearl’s feats of strength were legendary, a fact often mentioned by Coach Poliquin in his articles and seminars about bodybuilding. Pearl’s personal bests in major lifts included a 310-pound seated behind-the-neck press, a 450 bench press, a 500 front squat, and a 605 back squat. He did these lifts at a bodyweight of about 218 pounds.

To prove his machines were the future of bodybuilding, Jones sponsored Oliva, bringing him to Florida to help him prepare for the 1971 contest. Pearl said Jones sent him photos of Oliva to show him what he was up against. Pearl came into the 1971 competition in what many bodybuilding experts consider as the best shape of his life, and the final scorecard had Pearl with 10 first-place votes and Oliva in second with four. Pearl noted that after he was announced the winner, Park walked over to congratulate him while Oliva walked off stage.

The story doesn’t end there, and Pearl discusses his relationship with Jones, including Jones coming to visit Pearl at his home a few years later. That meeting resulted in Pearl and Jones working together on several occasions, appearing twice on Jones’ Wild Cargo television show.

Pearl is considered one of the nicest men in bodybuilding; a class act. Consider this Amazon review by “YB” that provides insight into why Pearl is regarded as one of the most popular bodybuilders of all time:

“Bill Pearl would be the kind of person you would be happy [to] run into at the supermarket, to have as a neighbor, or to have a cup of tea or coffee with at a coffee shop. He is as likeable in his book as the man I met a couple of decades ago. However, the best memory I have of Bill Pearl is that once I wrote a letter to him to express how much I liked one of his books and he wrote a very nice note in return. I have met some of the bodybuilders mentioned in Beyond the Universe, and most of them are pretty narcissistic and self-centered. Not Bill Pearl, and that is one of the main reasons I liked this book.”

There are many fascinating stories packed in the 291-pages of Pearl’s autobiography, and Pearl is an excellent storyteller. Yes, Beyond the Universe focuses on Pearl’s life and accomplishments, but it’s also a celebration of the sport of bodybuilding. To borrow from a popular gym commercial, “If you pick up Bill Pearl’s Beyond the Universe, it will be hard to put down!”

[You can purchase Beyond the Universe: The Bill Pearl Story by Bill Pearl and Kim Shott through Amazon.com.)