A collection of the classic writings by a weightlifting pioneer

Carl Miller was one of Charles Poliquin’s favorite authors and credits him for helping to popularize cluster training and the Bulgarian wave loading system. And the book that started it all was Olympic Lifting: A Training Manual.

When he was 10, Miller wanted to be a quarterback, and upon the advice of his stepfather, began lifting weights. His first gym was one of the best known of that era, Bert Goodrich’s gym in Hollywood, California. Goodrich won the first Mr. America competition in 1939 and trained Steve Reeves, a Mr. Universe who starred in several classic Hercules movies. Those early workouts focused on bodybuilding exercises. Two years later, he was introduced to weightlifting coach Frank Spellman, the 1948 Olympic champion in the 165-pound bodyweight division. 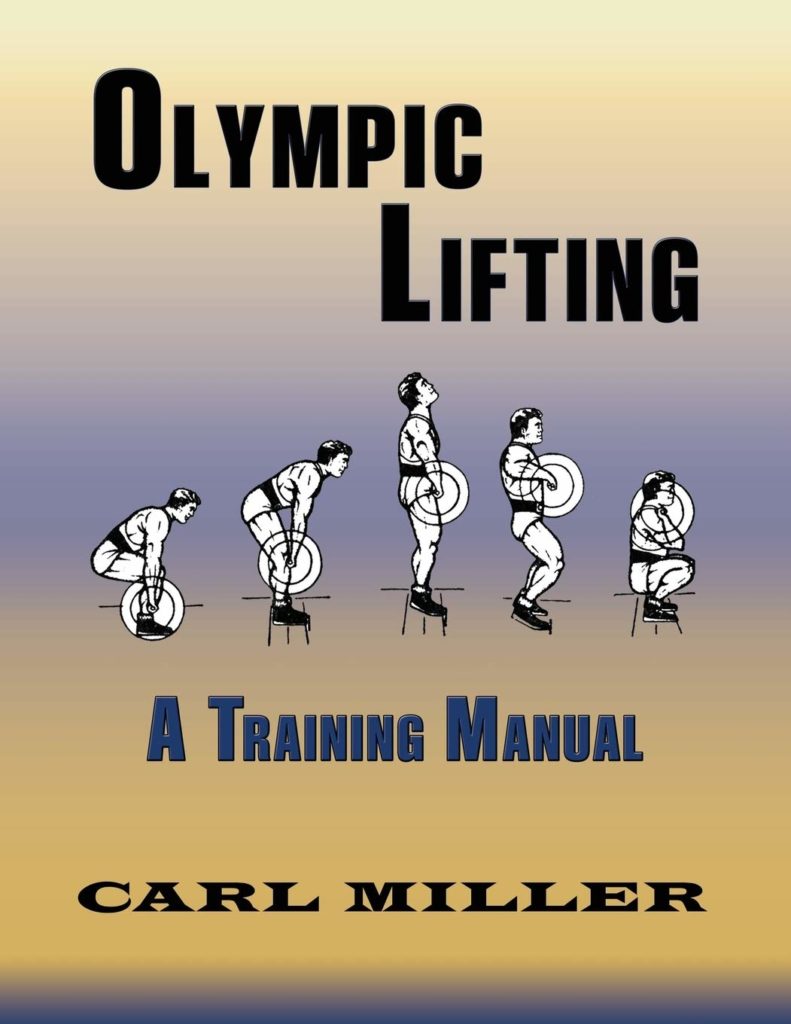 Under Spellman’s guidance, Miller snatched a national teenage record. When Miller enrolled in UCLA, he decided his studies forced him to choose between football and weightlifting. He chose weightlifting and never looked back. Among Miller’s notable accomplishments was snatching 281 pounds and clean and jerking 352 at a bodyweight of about 180 pounds — when he was 41 and after two spinal fusions. At age 61, he power cleaned 319 and ran the 40-yard dash in 4.91.

In the 70s, Miller accepted the position as the coaching coordinator for USA Weightlifting (and later served as head coach for a US Weightlifting Team that competed in the World Championships). The Bulgarians had become a dominant force in weightlifting. Miller visited their national training center to observe their elite athletes train and interviewed Bulgarian Head Coach Ivan Abadjiev. Miller saw that the Bulgarian lifters only performed a few exercises, primarily the snatch, clean and jerk, and squats. They are trained briefly, about 45 minutes per session, but performed several sessions a day. They also trained hard, brutally hard, often going to max efforts several times a day.

Miller returned to the US and shared his discoveries in many articles in lectures, training camps, and articles that appeared in popular weightlifting publications. All these articles are assembled in Olympic Lifting: A Training Manual.

Besides the articles about Bulgarian weightlifting, Miller’s book includes many of his other articles and some original material. It is divided into eight sections, covering weightlifting technique, training methods, recovery techniques, and contest preparation. Although many chapters are presented independent of other chapters in their section, “Section II: Style” and “Section III: Training Methods” should be read in the order presented as they build upon the material presented in the previous chapters.

Olympic Lifting: A Training Manual has a publication date of 2018, but the original version was published in the 70s. Miller used it as a textbook for the training camps he ran in Santa Fe, New Mexico. Carl and his wife Sandra opened a weightlifting-friendly, 12,000-square foot gym in Santa Fe called Carl and Sandra’s Physical Conditioning Center. As a testament to Miller’s coaching ability, many of his members trained at the gym for over 20 years! Miller operated the gym until 2016, at which time it changed ownership and became Longevity Strength Training and Fitness. Miller passed away in 2020 at the age of 80.

Although nearly 50 years old, Olympic Lifting: A Training Manual provides a fascinating history about the evolution of modern weightlifting training methods and some solid advice about training and competing in weightlifting. It’s a fitting tribute to a great lifter, a great coach, and a great man!

[You can purchase Olympic Lifting: A Training Manual by Carl Miller through Amazon.com. (It is only available in a softcover edition.)