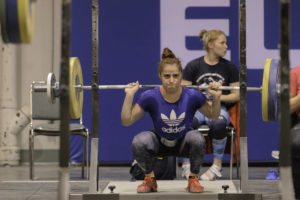 Gestalt refers to the theory that the whole is more than the sum of its parts. It’s a concept that can be used to develop athletic power.

In most strength and conditioning programs for athletes, strength training and plyometrics are performed separately. Usually, the plyos are performed first, followed by the strength training exercises. Another way would be to perform plyometrics on non-lifting days, such as doing plyos on Monday and Thursday and lifting on Tuesday and Friday. These approaches make sense, as fatigue developed from the lifting (even if performed the day after squats) would make it impossible to put maximum effort into the plyos. But there’s a better way: contrast training.

Contrast training combines two different exercises or training protocols to achieve a single training effect. One form of contrast training was performed by Canadian strongman Doug Ivan Hepburn. Hepburn won the heavyweight division in the 1953 World Weightlifting Championships, defeating Helsinki Olympic champion John Davis, and broke eight world records. However, is probably best known for being the first man to bench press 500 pounds and 550 pounds. (One of my favorite books that I often gave to my best students is Tom Thurston’s Strongman: The Doug Hepburn Story.) 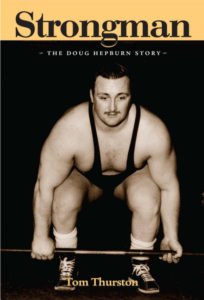 Note that besides the reps and sets, the grips and angles are changed in the exercise to tap into a different motor unit pool.

Another form of contrast training is wave loading, popularized by Bulgarian weightlifting coach Ivan Abadjiev. Adadjiev’s lifters won 57 World Championships and nine Olympic gold medals. These athletes would work up to a maximum single attempt, then reduce the weight and get in their reps. Another variation is called wave loading.

With wave loading, you would work up to a max single, reduce the weight, and then work back up to another max single. Elite weightlifters would often perform 3-4 waves on a single exercise, often using more weight on each subsequent maximum.

The effectiveness of wave loading can be explained by post-tetanic potentiation (PTP). PTP is the theory that a more powerful movement in a group of muscles if it is first stimulated with a strong muscular contraction of those same muscles. A baseball player warming up with a weighted bat before stepping up to the plate uses PTP.

The following beginning-level program alternates between a strength training exercise (front squat) with a plyometric exercise (box jump), organized in two waves. It is designed for an athlete who can front squat 100 kilos (220 pounds). The platform should be adjusted to a height that allows all the reps to be performed but high enough to be challenging. After warm-up, these are the working sets:

More advanced athletes could perform a second wave in the same sequence, trying to exceed the max weight used on the fifth set. This format would be considered wave loading.

If developing the highest levels of explosiveness is your goal, experiment with contrast training and see just how powerful you can become! (SS)