The bestselling book that revolutionized the supplement industry

The fitness industry has a history of being influenced by some over-the-top personalities, such as Richard “Sweatin’ to the Oldies” Simmons and Tony “Technique!” Little. TV and film celebrities have also gotten into the act, such as Jane Fonda and Suzanne “Thigh Master” Somers. In the field of nutrition, specific supplementation, the Oscar goes to Durk Pearson and Sandy Shaw.

Pearson and Shaw are best known for their book Life Extension: A Practical Scientific Approach. Published in 1982 (first as a hardcover), the book is 858 pages and is chalked full of astonishing ideas supported by scientific research about how to deal with common health issues and live longer. (And if you have any questions after reading it, Pearson and Shaw probably answered them in their 430-page follow-up book, The Life Extension Companion, published in 1984.)

Many health and fitness celebrities have no academic credentials in the health sciences; for example, Richard Simmons has a degree in art. In contrast, Pearson and Shaw have impressive credentials. In 1965, Pearson graduated from MIT with three majors: biology, physics, and psychology; and three minors: chemistry, computer science, and electrical engineering. The following year, Shaw graduated from UCLA with two majors, chemistry and zoology, and a minor in mathematics. 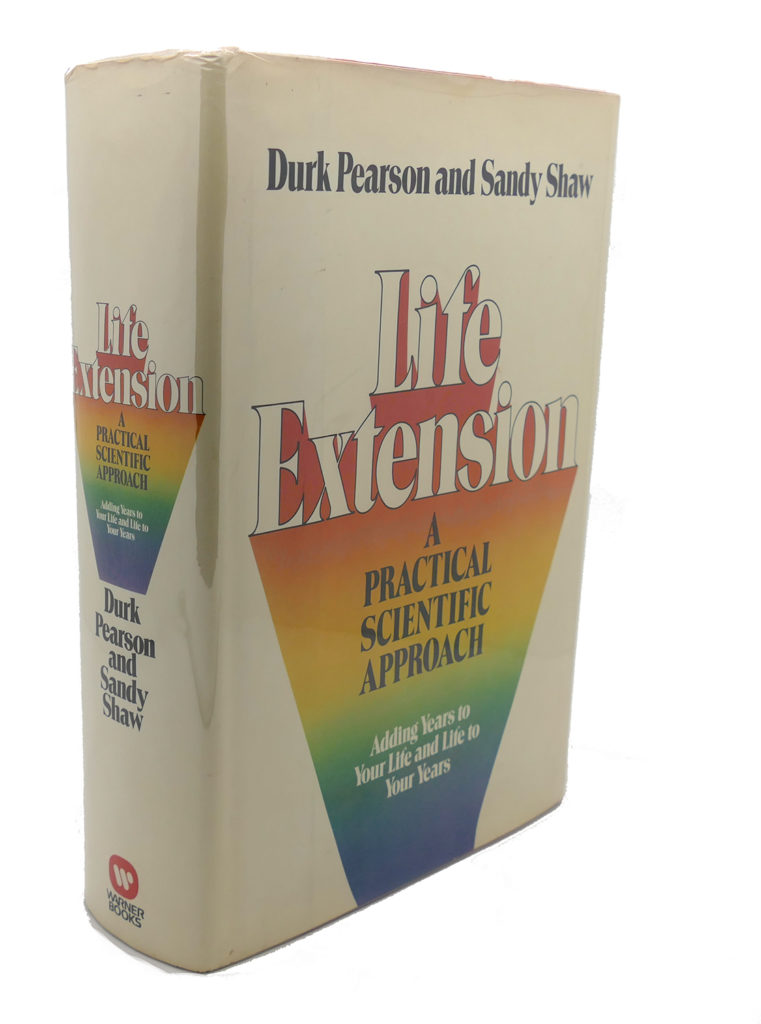 Besides their writings, they won a lawsuit against the Food and Drug Administration (Pearson vs. Shalala) that was considered a victory for the dietary supplement industry. They wrote a book about their issues with the FDA called Freedom of Informed Choice: FDA Versus Nutrient Supplements, published in 1994.

As for their personal fitness regimen, it’s pretty bizarre. They describe their lifestyle as “sedentary” In one interview published in the 80s, Pearson said they lived in a three-story house. Each had their own floor, and the bottom floor was an extensive library staffed with a full-time librarian. Pearson said he spent most of the day researching while resting on his waterbed, and his exercise program consisted of five minutes a day of step-ups. At the time, both said they had a fondness for fattening high-calorie foods and gourmet sauces but used a prescription toothpaste to avoid cavities.

In live interviews, Pearson and Shaw demonstrated remarkable memories, being able to resign the conclusions of countless research papers without the use of notes or computer devices. And they would often engage in a sort of tag-team interview, with each expanding on the other’s statements. Several of these interviews are available on YouTube and are fascinating to watch. But be prepared, as their fashion sense could best be described as “70s Hippie,” and Pearson reportedly had the wardrobe designers for Star Trek make many of his outfits.

At first, the cautions and warnings that come with this book might scare you off. There’s a two-page disclaimer and a bizarre statement that the advice given is not recommended for anyone except them? They also recommended dozens of laboratory tests and an extensive medical exam. And because your doctor may not be up on the latest research on the prescription drugs they discuss in the book, they suggest you have their research available to show him or her.

Pearson and Shaw’s recommendations of specific nutrients often exceed those of the government (RDA, recommended daily allowance). They also provide controversial guidelines for determining proper dosages, such as continuing to up the dosage until you experience reversible side effects! Also, be ready to open your wallet wide and pull out several credit cards as they recommend a heck of a lot of supplements.

Although the book is extensively referenced (which can make reading a challenge), it is written for a general audience and Pearson and Shaw are wonderful storytellers. In addition, a large portion of the Life Extension: A Practical Scientific Approach is devoted to fascinating case studies, which helps to keep your attention.

If you have an interest in the history of nutritional supplements, Durk Pearson and Sandy Shaw wrote this fascinating book that developed an appreciation supplement to hopefully improve the quality and possibly the length of your life. However, many of their recommendations are controversial and may be dangerous, so seek the advice of qualified health care professionals before experimenting with their recommendations. (TSS)

[Life Extension: A Practical Scientific Approach by Durk Pearson and Sandy Shaw is available in hardcover, paperback, and Kindle versions through Amazon.com.]