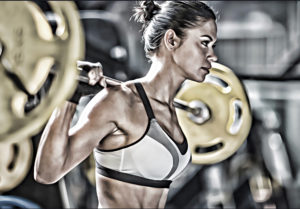 Why training like a Mr. Olympia may not be the best approach for athletes

For one thing, bodybuilders are not the strongest Iron Game athletes, and they are the first to admit it. Well, except for Ronnie Coleman, and 8x Mr. Olympia who could squat and deadlift 800 pounds for reps! Generally, however, bodybuilders focus on high rep/lower intensity training protocols that are the best for building size but not strength and power.

Type IIb are the most powerful fast-twitch fibers and are targeted with activities such as sprinting, jumping, and throwing. Type IIa are the least powerful of the three and are the focus of bodybuilders. The Type IIx are in between.

The problem with training protocols that target the IIa fibers is that they increase non-contractile proteins and the amount of fluid in the muscle. This type of hypertrophy is known as sarcoplasmic hypertrophy. The problem is that this additional tissue and fluid does not contribute to power production and the extra weight places a burden on the cardiovascular system. Although there are benefits for distance runners performing weight training, it would be counterproductive for them to pick up the latest copy of Flex magazine and perform the workouts used by Mamdouh “Big Ramy” Elssbiay, the current Mr. Olympia who at 5-feet-9 steps on stage at a ripped at 295 pounds! 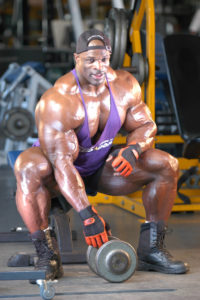 The 8x Mr. Olympia winner Ronnie Coleman possessed incredible muscle size, but it was not the type of muscle that would contribute most to athletic performance. (Miloš Šarčev photo)

Training the Type IIb muscle fibers will produce the greatest increases in muscle power without creating significant increases in muscle bulk, a quality called relative strength. Relative strength training is ideal for sports such as figure skating, high jumping, and sprinting. However, there are sports in which some muscle size is required for optimal performance, and this is where functional hypertrophy training comes in. One obvious example is American football.

A running back needs tremendous power to bust through a defensive line and break tackles, but they need to back up that power with some bodyweight (and also to take the hits that come with that position). So relative strength is good, but functional hypertrophy would be better. Case in point: Superstar running back Saquon Barkely who is 6-feet and weighs 232 pounds. Barkely rushed for 1,307 yards and made it to the Pro Bowl in his rookie season for the Giants. Barkely’s powerful muscles enabled him to clean 405 pounds, a lift few NFL linemen can match.

For examples of workouts designed to increase functional hypertrophy, check out those featured in the High Performance Dojo designed by Ryan Faehnle and those in the Combat Dojo designed by Eric Falstrault. Both of these Strength Sensei instructors coached alongside Coach Charles R. Poliquin and understood how to design workouts for maximum athletic performance.

To paraphrase Norbert “Norb” Schemansky, a 4x Olympic medal winner in weightlifting, “Some people try to look good and others try to do good!” Hypertrophy is important for optimal athletic performance, but functional hypertrophy is often the best way to build muscle. (TSS)