What Jack LaLanne Taught Us 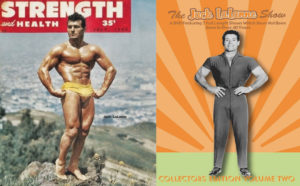 A look at the inspirational life of a physical fitness icon

Newcomers to personal training and strength coaching often overlook those who paved the way in their search for the latest and greatest training methods and equipment. Among these pioneers was Jack LaLanne, a fitness influencer who earned the respect of Strength Sensei Charles R. Poliquin.

LaLanne’s parents immigrated to San Francisco from France. His mother Jennie was a maid and his father Jean worked for the phone company and taught dance. His legal name was François Henri LaLanne and he was born on September 26, 1914. He got the nickname “Jack” from his brother Norman and was often referred to by his fans as the “Godfather of Fitness.”

LaLanne lived an unhealthy lifestyle in his youth, and looking back, described himself as a “sugarholic.” When he was 15, LaLanne’s life changed when he heard a presentation by Paul Bragg, a controversial advocate for health food and alternative medicine. He became obsessed with eating well and developing the highest levels of physical fitness.

When LaLanne was 21, he converted an office space into a gym in Oakland, California. He called it LaLanne’s Physical Culture Studio. Along the way he became an inventor, developing the first weight selector unit for cable machines, the leg extension machine, and conceived the design for the Smith machine. As a fitness pioneer, he promoted the idea that athletes, women, the elderly, and those with disabilities should lift weights. 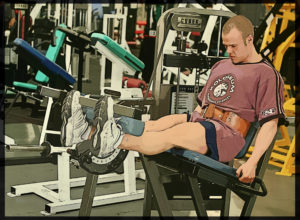 LaLanne was a master at self-promotion, and one way he drew attention to himself was by performing remarkable feats of muscular endurance, many being world worlds. Here are a few of them beginning at the age of 40:

Age 60: Swam from Alcatraz Island to Fisherman’s Wharf towing a 1,000-pound boat while handcuffed and shackled.

Age 70: Towed 70 boats carrying a total of 70 passengers 1 ½ miles, while handcuffed and shackled.

Although these accomplishments inspired others, LaLanne’s primary fame came through his television show.

A TV Fitness Star is Born!

The Jack LaLanne Show was launched on the small screen in 1951 and lasted 34 years. LaLanne’s good looks, powerful physique, and charisma made him a natural. As evidence of his marketing, it’s speculated that he brought his German shepherd “Happy” on the show to attract kids, and encouraged those kids to get their parents to join in. It also worked the other way.

One of his viewers was Shirley Simmons, Richard Simmons’ mother. She encouraged her son, who at the time weighed over 200 pounds, to join in. Simmons eventually regarded him as a role model and inspired him to inspire others to get fit.

Always a teacher, LaLanne championed his message what he called “LaLanneisms.” Here are a few you may have heard:

“Ten seconds on the lips and a lifetime on the hips.”

“Your waistline is your lifeline.”

“Better to wear out than rust out.”

LaLanne made many cameos appearances on other TV shows, including Batman and The Addams Family, and his success earned him a star on the Hollywood Walk of Fame. Along with this were numerous awards in the fitness industry, including the Arnold Classic Lifetime Achievement Award.

Jack LaLanne passed away on January 23, 2011, at the age of 96. He is a fitness legend who earned his nickname “The Godfather of Fitness” by inspiring millions to get in shape and stay that way. (TSS)