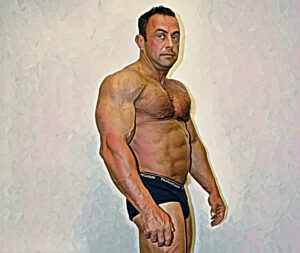 It’s rare to see any published workouts, whether they be for bodybuilding or athletic performance, that prescribe specific rest periods. Whereas methods to increase training intensity often make the cover teasers of fitness magazines, the editors apparently believe that the word “rest” would not entice readers to buy a copy. As the Strength Sensei once said, what can possibly be interesting about doing nothing?

In papers he wrote in the late 80s and early 90s for Canadian and Australian coaching publications, the Strength Sensei wrote that the length of the rest periods influences training in the following ways:

If the goal is developing strength, you want to rest long enough to allow the nervous system to recover nearly completely, not so long as you lose the post-tetanic potentiation effect (PTP). The PTP effect is the phenomenon by which your contraction strength potential will be increased after a heavy set because of greater neural activation.

The Strength Sensei cited the work of German sports scientist Dietmar Schmidtbleicher in the 80s, where he said that the greatest PTP effect occurs around four minutes after an individual performs a near-maximal contraction and begins to decrease after five minutes. However, you also have to consider the type of exercise performed. For example, a squat (compound movement) would require more rest time than a triceps kickback (isolation movement). [The Strength Sensei translated Schmidtbleicher’s work from German, but an excellent overview of his power training methods (including recommendations for rest periods) can be found in a chapter he wrote for Paavo V. Komi’s IOC Medical Commission Publication called Strength and Power in Sport, available through Amazon.com.) 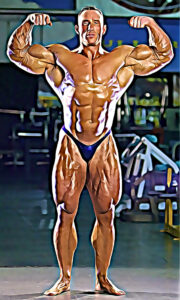 To achieve the highest levels of strength and muscle size requires the appropriate application of rest intervals. (Miloš Šarčev photo)

When designing workouts, the rest intervals will be influenced by other loading parameters, particularly reps, sets, and tempo. Consider the following relationship between reps, sets, and time under tension (TUT):

The following example shows how to manipulate rest intervals to develop maximum strength using a superset, allowing four minutes of rest between sets.

Thus, you will be performing 10 sets, broken down like this:

The advantage of using supersets is that it significantly reduces the total workout time, because as you are working one bodypart you are resting the opposing muscle group. Because the Strength Sensei liked to keep his workouts to about an hour, supersets (along with tri-sets and giant sets) enable him to increase the total volume (amount of work) per training session. He also found that alternating opposing muscle groups (antagonistic pairs) tended to increase motor unit activation.

One last point. The Strength Sensei found that as athletes reach the highest levels of maximal strength, they may be able to accomplish the same goals with shorter rest periods. Another way to say this is that guidelines for rest intervals are just that: Guidelines! (TSS)