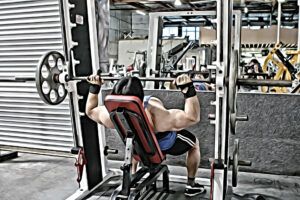 Use Partials for Injury Rehab!

Nothing is more frustrating than suffering an injury that stops you from training. When you can come back, the most common approach is to slowly return to training by using extremely light weights for extended periods. However, there is another approach to rehab that doesn’t involve using pink plastic dumbbells.

One of the strength coaches who promoted this method is the late Carl Miller, the weightlifting coach who helped popularize cluster training. Coach Charles R. Poliquin admired the work of Coach Miller and would give copies of Miller’s books to his favorite students.

Coach Miller believed that with some injuries, you can start back with many of your favorite exercises by performing them through a partial range. For example, if you injured a pectoral muscle performing the bench press, you might start by just supporting the bar at extended arms. The next step would be to perform the lift through the last 2-3 inches of movement, then gradually increase the range as pain permits. This approach enables you to use relatively heavy weights, thus increasing motivation (at least, more so than using those pink plastic dumbbells!).

The Strength Sensei said that with isometric training, you will gain strength not only at the joint angle trained, but plus or minus 15 degrees. Thus, training isometrically at 45 degrees of elbow flexion will enable you to increase strength through 30-60 degrees of elbow flexion. It follows that partial-range training should have a similar effect. As a bonus, you will not embarrass yourself lifting pink plastic dumbbells! (TSS)