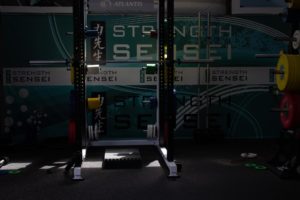 Often people ask me for gym recommendations in specific cities/countries. Those communications range from colleagues to guys who run protective details. The guys asking are always 40 plus in age, as they value where they train, and come from an era with a large emphasis on the growth mindset. I just got an email from Brooks Kubik of Dinosaur Training fame, suggesting I write the Black Book of Best Gyms. That got me thinking about the gyms I typically recommend, and what they have in common. These are the observations I have made over the years on what the best gyms look like.

The best gyms realize that the general selfie taking twerps and the big boys don’t get along, so they separate them.  The first time I saw how obvious this is,  was in Stoney Creek Ontario.  There was plenty of training space for the general pop, and there was the “freak room” where the strongest were isolated, one of them being the strongest genius I know: Powerlifting world champion Dr. Mauro Di Pasquale.

Whether it is Doherty’s in Melbourne or Dave Beattie’s Genesis gym, the best gym in the world has the feel of a high security prison yard. Selfie boys know when they have stepped out of line.

One of the best places I  trained during the eighties, was Buzek’s gym in Münich. It had two rooms: general population with pretty much every brand of machine, and then the “Hochleistung Zentrum” for the freaks where the stuff was so solid that it would survive a nuclear apocalypse.

Observation 2: The Make Up of the Big Boys Room

Racks, platforms, loads of barbells and plates make up the bulk of the freak room.

Regarding the bar and the plates, you are very likely to see multiple quality brands: York, Eleiko, Leoko etc… the great gym owner tend to be collectors…

The power racks in those rooms have three things in common: 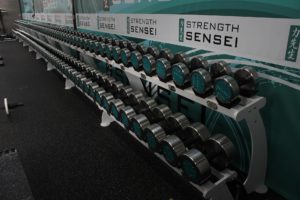 This is something you rarely see anymore because the number of people who can use those dumbbells is extremely low. However, thirty years ago when people trained more intelligently, there would have been at least three guys per gym who could use them. even on incline dumbbells presses.

Interestingly enough, thirty years ago a gym was often ranked by the largest size of  dumbbells.

Observation 4. The Best Real Gyms are in Estonia or Finland.

Again, those were set up by men aged 50 plus, where heavy iron was the mindset.  If effective heavy training is what you like, forget about vacationing in France, Spain, Italy, Portugal or Greece.

Of course, there are always exceptions to the rule like UP in Marbella. However, a common factor shared by  great gyms in those Southern European locations: expatriates own them!

If I travel to a foreign country and don’t know where to train, I ask a local cop where the bad boys train. In 100% of cases, it is the best gym in that city. Fail safe rule.

Are those gyms safe? Hell yes!  At those gyms, the counter girl will store your Glock/Sig Sauer/HK for you until you check out to grab your protein drink. I was discussing this with security expert Tim Larkin recently; trainees are far more polite in those gyms than the attendees at a Miss Manners convention.

Back in the 50’s, the FBI would always go to the York Barbell Club annual picnic because they would find plenty of criminals there – sometimes several guys in the Top 10 list would show up!

Strength legend John Grimek wouldn’t let his wife or kids go to the picnic because he thought the bullets would start flying.

Here you have it, the Strength Sensei observations on the top gyms in the World.