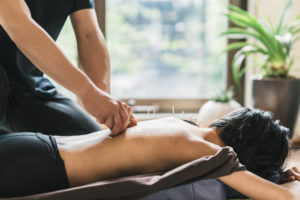 Clearing up misconceptions about this popular treatment method

I’ve often asked if acupuncture can help athletes, and my answer is definitely, “Yes!”

I know many world-class and professional athletes who have used acupuncture as an adjunct to their training. Over the years, I’ve seen Olympic medalists in weightlifting, track and field, alpine skiing, and ski jumping use acupuncture to achieve a competitive edge.

Acupuncture has been used both as a performance enhancer and in the treatment of injuries. Normally, acupuncture is used in conjunction with other therapies such as chiropractic, soft tissue manipulation, and herbology. I know of athletes who’ve used it successfully in dealing with all of the following:

As far as performance is concerned, athletes have been known to use acupuncture to help them get into “The Zone!” If they’re too nervous, certain points are used to calm them and get them ready to perform. If an athlete is lethargic on competition day, acupuncture can be used to activate the nervous system and get him or her into the optimal zone for performance. 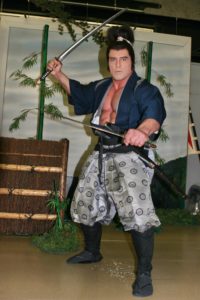 The foundations of acupuncture come from China. Japanese culture has also embraced this form of treatment.(Photo by Miloš Šarčev)

Acupuncture works at encouraging the body to promote its natural healing processes. This is done by inserting needles and applying heat (called moxibustion) or electrical stimulation at very precisely selected acupuncture points. There are two ways I can explain how it works.

Channels of energy, also known as meridians, run in regular patterns through the body and over its surface. These channels can be likened to rivers flowing through the body to irrigate and to feed the tissues. Any obstruction in the movement of these “energy rivers” can be compared to a dam that backs up the flow in one part of the body and restricts it in others. According to acupuncture dogma, any blockages or deficiencies of energy, blood, and neural pulses would eventually contribute to illness. The Chinese also say that acupuncture balances out the Yin (negative) forces with the Yang (positive) forces. What the needles are doing is clearing or removing the dams that block the flow of energy.

Needling the acupuncture points stimulates the nervous system to release chemicals in the muscles and at various points in the central nervous system. These chemicals, such as serotonin and endorphins, either change the pain threshold or trigger the release of other chemicals that precipitate healing. Instead of using the Yin and Yang construct, Westerners say that acupuncture balances out the electric charges at the electron level in the actual cells.

Regardless of the language, acupuncture can be a helpful tool for any athlete.