A controversial look at what makes bodybuilders tick

If you’re looking for a book detailing the training methods of champion bodybuilders, Little Big Men isn’t it. If you’re looking for human interest stories that praise the size, shape, and muscularity of those who want to achieve physical superiority, this isn’t it. No, this book is about what motivates some bodybuilders to make the ultimate sacrifices to become huge and freaky. 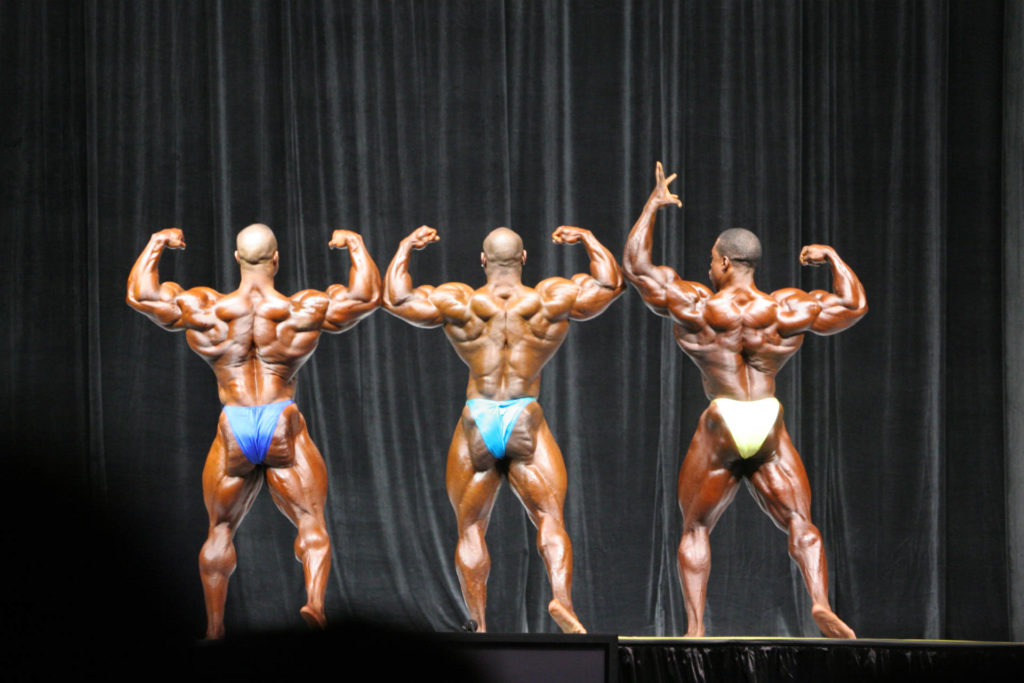 The full title of this book is Little Big Men: Bodybuilding Subculture and Gender Construction. And to be clear, Alan M. Klein’s work is not an easy read that you might consume in small chunks as you ride the subway. It’s more equivalent to a textbook that might be assigned in a university psychology or sociology class. One that you would reserve for a quiet, climate control room that enables you to give it your full attention.

Klein is a professor emeritus of anthropology at Northeastern University and could be considered an outsider to the sport when he undertook his research on bodybuilding. His career has focused on the relationships among culture, politics, and sports. He wrote six books, this one examining the efforts of elite bodybuilders on the West Coast.

The book was published in 1993, a time when the West Coast was considered the mecca of bodybuilding, producing numerous Mr. Olympias, including Arnold Schwarzenegger. No matter where you were born, if you wanted to pack on more muscle than was thought humanly possible and train in an environment that embraced the bodybuilding subculture, you would find your way to Gold’s Gym in Venice Beach, California and other hardcore gyms in this area.

Much about bodybuilding has changed since the early 90s. Bodybuilders have been featured in movies, most notably Arnold and Lou “The Incredible Hulk” Ferrigno. They have also been able to support themselves with prize money from competitions, public appearances (Ferrigno has been especially popular at pop culture conventions such as comic cons), sponsorships, training courses, and personal training. It’s certainly not a profession that would have a table on career day at a high school, but it’s much easier now than it was then to make a living.

To be clear, and as implied by the book’s title, Klein doesn’t have many nice things to say about bodybuilding. He seems to believe that bodybuilding is a method of coping with inadequacies. He views the sport as an addiction, equivalent to drugs or alcohol. “In time, one senses that behind the imposing façade lurks a timidity, an insecurity at least as large as the posturing,” says Klein. “In fairly short order it becomes apparent that the formidable bodies are responses to a shaky psyche, that the powerful arms and chests are a bodybuilder’s way of working out a range of personal issues.” Not exactly the views shared by the writers of Flex, Muscle and Fitness, and Iron Man magazines. Likewise, with many of those who are familiar with the sport and offered their reviews.

Consider this Amazon two-star review by J. Eubanks. “Bodybuilders, says Klein, spend a lot of time getting big muscles and then they do nothing with them but pose. Football players, on the other hand, get big muscles so they can carry a ball down a field or stop others from doing so, which has much greater social value. Anyone can see that.” He continues, “Bodybuilders also have identity problems and had weird childhoods, so that put on ‘armor’ in the form of muscles, as a form of protection or for the feeling of strength…Other, more normal people, by contrast, escape their problems by drugs or alcohol, which is much more understandable. I suppose some people take refuge in [the] deconstruction of others; writing books about this probably makes them feel significant or powerful.”

Klein presents his work in two parts. Part One is titled “The World of the Bodybuilder” and contains the following chapters:

1. Breaking and Entering: Presupposition and Faux Pas in the Gym

2. Caste and Class in a Western Gym

3. The Good, the Bad and the Indifferent

In this section, Chapter 4 presents an interesting perspective on the history and marketing of competitive bodybuilding. Much of it focuses on the influence of Joe Weider. For example, Klein discusses the 1970 Mr. Olympia competition where Arnold defeated the genetically gifted Sergio “The Myth” Oliva, a 3x Mr. Olympia winner. Addressing the accusation that Weider had fixed the competition, Klein offered this quote from Weider, “I put Sergio on the cover, I sell x magazines. I put Arnold on the cover, I sell 3x magazines.”

Part Two is titled “Subculture Analysis of Bodybuilding” and contains these chapters where he presents his observations and conclusions about why bodybuilders bodybuild:

7. Sally’s Corner: The Women of Olympic

Little Big Men offers a disturbing view of bodybuilding, one that the fans of the sport will probably not appreciate. However, Klein does present some interesting observations about what may motivate some (again, some) bodybuilding champions to dedicate their lives to the sport.