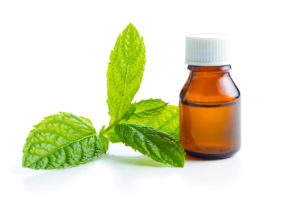 Aromatherapy for Bodybuilders? Yes or No?

I first became aware of the possible benefits of aromatherapy while flying back from New Zealand a few years ago. I was booked on Air New Zealand, and all the first-class passengers were issued a complimentary toiletries kit. It contained the usual razor, toothbrush, and assorted knickknacks, but in addition to all that were two “aromatic essence” bottles.

The purpose of the bottles, according to the labels, was to help fliers cope with jet lag. One bottle was to stimulate the wake cycle, while the other was to favor the sleep cycle. The wake-cycle bottle was intended to be used during a morning shower to fool your body into staying awake after crossing innumerable time zones. The other was to be used during an evening bath to induce sleep.

I was skeptical, but I used them exactly as directed. I was quite astonished by the results. My day flew by, literally and figuratively, as we flew for 18 hours and crossed time zone after time zone. When I got home, I used the nighttime concoction in my bath, and I slept like a rock without the usual wake-up-at-2am-and-can’t-fall-back-asleep experience.

Soon after, I asked one of my athletes (who worked in the perfume industry) to bring me some information on perfumes and scents. She brought me countless books on the subject, along with various extracts for experimentation.

Unfortunately, all of the books were of the folk-medicine type, so I logged on the Net in the hope of finding some hardcore, scientific information. I was surprised at how much I found, although much of it had to do with the effects of scents on behavior or psychology, as they relate to marketing or the food industry. For example, real estate agents know the smell of freshly-baked bread augments the positive perception of a house, so they often make sure there’s some baking in the oven during open houses.

Because scent is one of our most primal senses, it’s considered to be the most likely to change our mood or hunger level. Using scents to heal or change behavior is not new as the ancient Egyptians were known to have used them at least four millenniums ago. The process was further refined in Europe around the 11thcentury when essential oils (distilled plant extracts) were developed.

Among the best sources of information on this subject are textbooks in France where aromatherapy is a full-credit college course. From an empirical standpoint, I believe aromatherapy has a lot to offer the bodybuilder or athlete. From what I could gather, there are three main areas where aromatherapy might help the athlete:

3) Improving the quality of rest and recovery.

The scents which may increase focus are citrus-based, such as lemon, lime, and orange. Jasmine and peppermint are reported to be effective energy enhancers and are quite inexpensive. Other oils believed to impart stimulant-like properties are rosewood, sandalwood, and Melissa. Conversely, scents that may induce relaxation include lavender and bergamot.

The modern approach to using therapeutic scents is to use a diffuser that vaporizes a few drops of a chosen oil over time. In Japan, such machines are routinely connected to a timer and are used as alarm clocks for the overworked businessman. The oils are believed to positively impact energy levels throughout the workday. I’m experimenting with an aromatic scent diffuser and observing how it affects my athlete’s mood – perhaps, you should too!