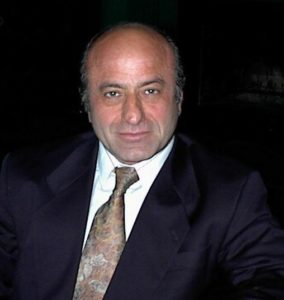 Mauro Di Pasquale, B.Sc..(Hons); M.D is a licensed physician in Ontario, Canada. For the past 30 years he has specialized in sports medicine and the treatment of obesity.

The first thing I tell most people who ask me for specific advice is that for supplements to work, you have to have your other ducks in a row.

Unlike the use of drugs, where you can make gains in spite of your lifestyle, training, and nutrition, if you don’t have an integrated approach to everything else the supplements by themselves won’t do much. While again covering all the other factors is beyond the scope of this article, we’ll touch on some of the factors, including genetics, lifestyle, training, and diet, if just to put the nutritional supplements in context.

It’s obvious that to excel in any sport or to develop extensive muscularity, you have to be born with the potential to do so. And this potential the mental as well as the physical side. Enthusiasm, dedication, fortitude, and drive are just as important to ultimate success as the physical attributes.

While those who are on top, such as elite athletes, have a genetic head start, what they accomplished depends on the other factors. It’s the environment that shapes the flow of genotype to phenotype. In other words, even the truly gifted have to have their potential molded and developed by the right factors.

All four environmental factors, lifestyle, training, diet, and nutritional supplements must be in synch before you can reach, and sometimes even exceed, the upper limits of your natural genetic potential.

Effort is a combination of enthusiasm, motivation, genetic ability, etc. It makes up the physiological and psychological foundation for success in sports and in life. But it’s not enough to give us the strength, body composition, and performance results we want. For that we have to optimize our lifestyle, training, diet and nutritional supplement use.

A weak section in the pipeline will decrease the end results.

Factors that maximize the Pipeline

To achieve maximum progress and make full use of any supplement, the bodybuilder first must bring their lifestyle under control. Reducing stress and dealing positively with any emotional difficulties in your life is a big factor here.

There’s stress all around us, including the escalating pollution, the many life stresses that’s thrown on us as we life, and even stress caused by overreaching and overtraining.i

Besides affecting all of metabolism, stress can result in decreased levels of testosterone and increased cortisol levels in the bodyi. Testosterone, the hormone that stimulates sexual development and growth in males, helps build muscle mass. Cortisol, secreted by the adrenal glands, breaks it down. It makes sense that, to go for optimum growth, you’ve got to have your life in order.

You need adequate sleep to grow. When training hard you should allow for a minimum of 8 to 9 hours a day. This can be done either straight through at night, or with 7-8 hours at night supplemented by a short nap in the afternoon. Sleep deprivation adversely affects testicular function, and this leads to lower levels of serum testosterone in the bodyii. This isn’t good for building muscle mass since decreasing testosterone decreases the anabolic effect of exercise.

Recreational drug use must also be curtailed for maximum muscle gains and performance. Marijuanaiii,iv and cocainev,vi have been shown to decrease serum testosterone and so does alcoholvii, viii, ix. And though a social beer or two isn’t going to do too much damage, any spree or chronic usage will. And even if abusing illicit drugs and alcohol didn’t have any metabolic or hormonal adverse effects, they would likely be disruptive for making meaningful gains in body composition or performance.

Nicotine is also used by some athletes in the belief that it will increase performance but there has, of yet, been little in the research to support such a claim. Smoking is especially harmful and, along with its many general health risks, it’s been shown to have a negative effect on athletic performancex.

As for smokeless tobacco products, though better than cigarettes, you’d still be better to avoid them. While nicotine can aid in weight loss, it is highly addictive and dramatically increases the chances of oral cancer and other diseasexi. It’s hardly worth the risk for any small possible benefit it could provide.

In life, sometimes your greatest strength can also be the source of your biggest weakness. Exercise is like this. On the one hand, it’s the most powerful and potent anabolic, muscle producing agent available to anyone who exercise and especially to competitive athletes and bodybuilders. On the other, it can be the most catabolic or muscle limiting.

It is important to train to the fullest extent of your abilities. Research has shown that testosterone and growth hormone increase as exercise intensity and duration escalate. However, exercising to the point of overtraining decreases the levels of testosterone and growth hormone, while at the same time stimulating the release of cortisol, leading to the cellular breakdown of protein and, ultimately, muscle.

To maximize anabolic effects in muscle and the positive effects of performance supplements, a short, intense approach to workouts is usually best for the bodybuilder. As discussed above, a workout session geared toward high intensity and limited to no more than 35-50 minutes seems wisest, although allowances can be made for personal preference and training strategy.

While all resistance programs result in some increase in testosterone and growth hormone, it’s been found that maximum natural production is achieved when training with moderately heavy weights for 6-8 rep sets with only limited rest allowed between sets. As mentioned above, if you’re still doing those high volume, 2-hour marathon sessions in the gym, WAKE UP. Along with being inefficient, they may even be sabotaging your growth.

On the other hand, long workouts, even if handling maximum weights, can be productive as long as you give yourself enough time to fully recover between sessions. As an example, after trying just about everything, I found that I made the most progress in strength with heavy four-hour training sessions every ten days and a relatively light training session every 5 days in between the ten-day sessions. That resulted in 2 sessions every 10 days, which worked best for me as far as my powerlifting progress.

Again, it’s important to stress that supplements don’t work independently of other training factors. Lifestyle and the two components in “full capacity training” not directly affected by supplements (diet and training strategy) must also be at full capacity to optimize performance and growth.

Likewise, supplements must be targeted effectively to the needs of the bodybuilder and must also be taken at the right time and in the right dosages. Often, in my experience, it’s been not the quality of the supplement but the way it was used that limited its effectiveness.

The third component of the training solution is to determine the best diet that will give us the results we want in the shortest period of time and that will fit into the various training phases. In another article, I’ll introduce new paradigms in dieting for those interested in enhancing body composition, increasing strength and athletic performance.

The bottom line in your ability to get and maintain the body you want and to increase performance requires a coordinated wholistic approach to lifestyle, training, and nutrition. This approach affects not only the body, but also the mind, with important positive psychological and emotional stabilizing effects.

107(2):204-7.
ix Chung KW. Effect of ethanol on androgen receptors in the anterior pituitary, hypothalamus and brain