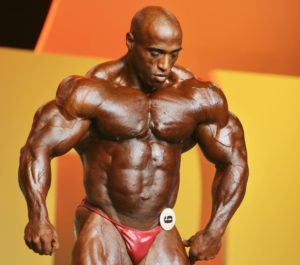 Success leaves clues, and if your goal is big traps, consider studying the training of elite powerlifters and weightlifters.

Powerlifters get their trap development from years of deadlifting while Olympic lifters get them from the Olympic lifts and their derivatives. Power cleans and power snatches are probably the most effective exercises to develop the traps after shrugs. Doing five sets of six reps on one these lifts will pack meat on your traps.

If you’re going to do shrugs, I suggest using dumbbells and work only one side at a time. This way, you’ll have way more range than with a bar.

As far as machines are concerned, the Hammer ground pull is probably the best on the market because it allows one to work the traps unilaterally. It also offers the advantage of having two points on the lever where you can overload the strength curve, permitting you to better match the resistance curve with your strength curve.

Finally, retracting the scapulae at the top of the motion when doing shrugs is certainly not a good trick. It’s somewhat dorkish. Just think about this for a moment. How does gravity exert its pull when you try to move parallel with it instead of against it?