The tip-off could have been the huge cash withdrawal from the socialite’s bank account before the murder of her husband; or maybe it was the pool man’s fingerprints found by the forensic team in the bedroom; or maybe it was the frugal butler who suddenly decided to purchase first-class tickets to France? Whatever the evidence, there’s simply no such thing as a perfect crime – every evil deed has its own “smoking gun.” It’s the same way with good things, such as success in the Iron Game: It doesn’t just happen; there are always clues.

In my profession as a strength coach, I have met many strong athletes. Some have overcome tremendous obstacles to achieve their success, while others have great genetics or seem to have found a fast track to super strength. Regardless of how these athletes became so strong, in my experience, they almost always have these five traits in common:

While magazine interviews with such champions often focus on the athletes’ intensity level, the secret that Ed shared with me one day over dinner concerns the exact opposite. Coan says that one of the crucial parts of his training was plenty of rest, including a daily nap. He didn’t offer any peer-reviewed scientific papers to support his contention. Although interesting theories are being presented about the value of a daily siesta, it was only common sense: “You don’t recover, you don’t grow!”

For some, such as the Bulgarian weightlifters who often defeated the Big Red Machine from Russia, the way to their super strength was by pyramiding up and down their weights in a single workout, a method called wave loading. Others preferred a series of several sets at peak weights. Despite these radical training differences, there is one trait that all these athletes had in common: body intelligence.

Now, ordinarily, to do things in the same manner as the next guy and yet expect different results is just plain nuts. But lifters like these are “body smart”: If one training method doesn’t work, they try another, until they find the system that works best for them. In effect, they learn, mostly through trial and error, the most effective ways to adhere to the principle of overload.

Ed Coan’s mentor was Bill Seno, a former Mr. America in the ’60s who competed in Olympic weightlifting, a cross-training activity rarely seen today. Seno was as strong as he looked and reportedly bench-pressed 573 pounds, quite an accomplishment in his era. Bill Kazmaier was a former world record holder in powerlifting who dominated the strongman scene for many years. His mentor was powerlifting legend Tony Fitton. Seno and Fitton were individuals who helped Coan and Kazmaier, like many other successful lifters, take the guesswork out of their training. 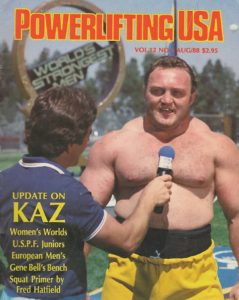 Bob Bednarski was a US lifter who competed in the ’60s and ’70s, and Yuri Zakharevich from Russia lifted in the ’70s and ’80s. Near the peak of their careers, both athletes broke world records, but both suffered elbow dislocations that many experts thought would end their careers, especially considering the nature of surgery and sports medicine then compared to now. But both men recovered to break numerous world records.

Bednarski clean and jerked 486.5 in the 1968 National Championships weighing 247 pounds, and the following year he jerked 525 pounds off the rack. (As a point of reference, the great Russian champion Vasily Alexeev was the first to clean and jerk 500 pounds, which he did in 1970.) Zakharevich snatched 463 pounds in the 1988 Olympic Games weighing 242 pounds, a lift only a few super heavyweight lifters since then have exceeded. In the words of Friedrich Nietzsche, “What does not destroy me makes me stronger.” 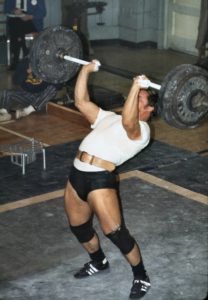 There’s no such thing as a single, perfect workout for everyone – every system has some effect, and some work better than others. This experimentation with variety is simply part of the training process. I find it frustrating to see so many coaches or organizations claiming that they have the perfect workout system; or to read research studies that compare one set-rep system to another, such as 10×3 to 5×5, leading readers to conclude that the system in question is the best. None of the single-set systems in such studies produced results because they were superior, but because the athletes using them were overtrained and the lower volume allowed them to rest – a principle called “Fatigue Masks Fitness!”

The prevailing motto for all successful lifters is simple: Be yourself. Variety is the spice of everyday life, and this is just as true in weight training. Discover the traits that make you unique, embrace them, and then find those training methods and ideas that enable you to achieve physical superiority and fulfill your potential.