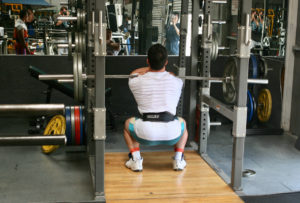 A closer look at this valuable but often neglected exercise

The back squat is universally accepted as the single best exercise for total body strength and has justifiably earned the title “The King of Exercises.” However, when my colleagues ask me the best way to assess an athlete’s lower body strength, my answer is the front squat. Here are five reasons: 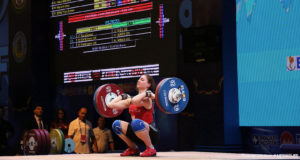 The front squat approximates the same position as the catch position of the clean, making it an essential exercise for weightlifters. (This photo by Tim Scott, LiftingLife.com; lead photo by Miloš Šarčev photo)

What is considered a good result in the front squat? I’ve read that top super heavyweight weightlifters such as Paul Anderson, Vladimir Marchuk, Alexander Kurlovich, and Mark Henry front squatted at least 317.5 kilos (700 pounds!), and absolute clean and jerk world record holder Leonid Taranenko did three reps with 300 kilos (661 pounds). Two other weightlifters who deserve mention are three-time Olympic champion Pyrros Dimas of Greece and Dursun Sevinc of Turkey; both weighed 85 kilos (187 pounds) and lifted more than 272 kilos (600 pounds) in the front squat.