6 Tips to Square Round Shoulders 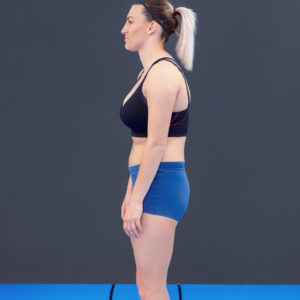 When you think of poor posture, the first image that often comes to mind is round shoulders. Rather than the confident, upright posture characterized by military soldiers, round shoulders present a sunken chest, drop shoulders, and a protruding chin. Throw in a pocket protector, and you have the stereotypical computer nerd.

During the Olympics last month, the ice dancing teams I worked with won gold, bronze, 8th, 9th, 10th, and 13th. Much of their early training focused on correcting issues such as round shoulders. Not only will postural issues affect their balance, but they will affect the overall presentation of their performance and be reflected in the judges’ scorecards. But it’s not just ice dancers who need to worry about their posture.

Round shoulders also impairs flexibility, which disrupts normal functioning of the muscles and increases the risk of shoulder instability and dislocation. Do you like to lift weights? Consider that a review in the June 2010 issue of the Journal of Strength and Conditioning Research found that the most commonly injured area during resistance training was the shoulder.

Another problem with round shoulders is that it can affect breathing. Yes, breathing.

The sunken chest associated with round shoulders compresses the diaphragm, affecting its function such as by creating a “metaboreflex response” that restricts blood flow to the limbs. The metaboreflex response explains the “heavy legs” feeling you get when you try to sprint and haven’t sprinted in a while. For detailed information about how to train the diaphragm to increase muscular endurance and aerobic capacity, refer to my Breathe Better webinar, available through StrengthSensei.com.

Besides the standard advice of being aware of your standing and seated posture, here are six guidelines to help you stand straight and tall. 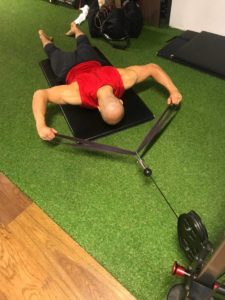 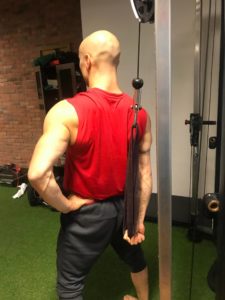 Those with round shoulders should perform specific strengthening exercises to pull the shoulders back, such as the two shown here. This exercise, and many others that target postural muscles, will be discussed in detail in a future article. 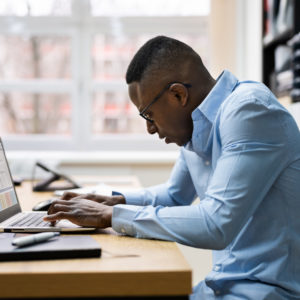 Attention to posture involves not just exercise, but following good posture habits throughout the day, especially when sitting. 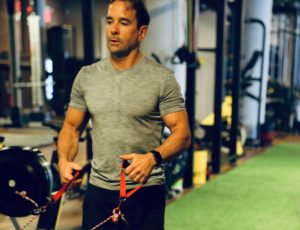 As a bonus tip, I would say “Consult with a Posturologist.” A Posturologist can detail what are the main causes of your postural issues and develop an effective action plan to correct them. Besides exercises, they may prescribe postural insoles that stimulate the nerves on the bottom of the feet to reform the arch. There are also many simple eye exercises they can teach you that often produce dramatic, instantaneous changes in posture.

I will cover specific workouts designed to correct round shoulders in future articles, along with videos demonstrating the exercises. Until then, follow these seven tips to perform better, avoid injury, and look like an athlete! (PG)