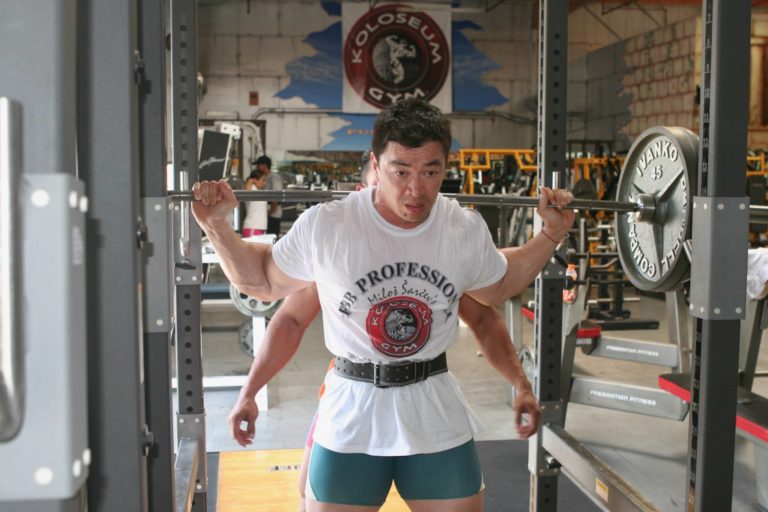 How many millionaires can you name who work only 40 hours a week? How many elite athletes devote only a few hours a week to practice? If you answered, “None,” then you understand the premise of Squat Every Day by Matt Perryman.

One of the keys to the success of Charles Poliquin’s workouts was the precise prescriptions of all major loading parameters, such as reps, sets, tempo, and rest periods. On a larger scale, his workouts alternated between periods of high volume (accumulation) and high intensity (intensification). Squat Every Day takes a radically different approach.

First, consider that Perryman says the term “every day” in his book title is an exaggeration. He doesn’t expect you to hit the squat rack seven days a week. “Think five or six workouts, 50 minutes to an hour each, with a squat and a press, or a press and a pull, and some conditioning work thrown in,” says Perryman. “Whatever you want to call it, the idea is to get as much exposure to heavy weights as you can stand. If that means lifting seven days a week, so be it. If that means only three or four, that’s fine too.”

Perryman draws inspiration for his training philosophy from Ivan Abadjiev. Abadjiev was a Bulgarian coach who trained several Olympic champions and world record holders in weightlifting. His accomplishments led Poliquin to invite him to give a seminar at his former gym.

Abadjiev’s success could be one reason the International Weightlifting Federation changed its bodyweight classes, giving today’s athletes a chance to break world records. In the 134-pound class, the current world records are 319 pounds in the snatch and 383 in the clean and jerk. Abadjiev’s prize student was Naim “The Pocket Hercules” Süleymanoğlu. Weighing just 132 pounds, Süleymanoğlu snatched 336 pounds and clean
and jerked 418 pounds!

The secret to Abadjiev’s success, says Perryman, was specificity. “You want to get good at the snatch and the clean &  jerk? Then train them, train them hard, and train them often.” Bulgarian lifters were known to lift several times a day, 5-6 days a week. The champion weightlifters from Kazakhstan followed a similar system. Their program included front squatting as often as 12 times a week, with nine of those squat sessions
using maximal (100 percent) weight !

Another coach who Poliquin admired, and one who sponsored a Poliquin seminar, was John Broz, owner of Average Broz’s Gym in Las Vegas. Broz’s coach was Antonio Krastev, a Bulgarian weightlifter who held the absolute record in the snatch for nearly four decades. Broz encouraged his weightlifters to train with high frequency, often twice
a day. Many of Broz’s athletes competed internationally.

Perryman includes many other testimonials from pioneers in the Iron Game and contains a 20-page bibliography. One source was Anthony Ditillo, a strength athlete Poliquin admired. (FYI: Two books by Ditillo that Poliquin says should be a part of every serious Iron Game’s library are The Development of Muscular Bulk & Power and The
Development of Physical Strength.)

Ditillo recommended frequently performing heavy single attempts. Quoting Ditillo, “Strength comes from intense effort, whether in the form of low repetitions or single repetitions, it does not come from pumping out set after set with medium heavy resistance.” Also, “The need for single attempts as a training medium cannot be overlooked because they teach you, just as the power rack teaches you, to fight against heavy weight.” This approach has also been endorsed by Russian weightlifting coaches 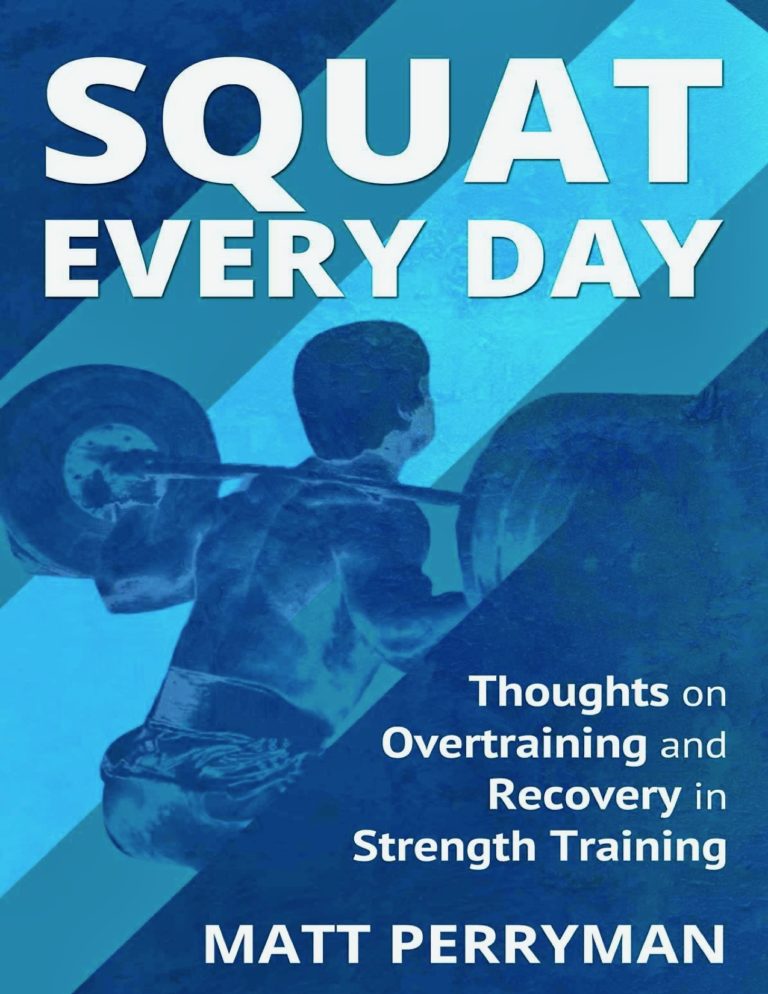 In the early 90s, Poliquin often discussed the work of Arkady N. Vorobyev, a Russian weightlifting coach who wrote, A Textbook on Weightlifting (1978), a surprisingly readable overview of the Russian training system. Vorobyev said that in weightlifting, “insufficiencies of technique are revealed which might not be shown up [sic] in lifting lighter weights.” He added that weights of 85-95 percent of maximum in the snatch and
clean and jerk are usually performed for singles.”

One criticism of Perryman’s book is that he doesn’t include workouts. However, this fits his narrative as Perryman believes training should be flexible to fit a lifter’s physical talents best. He also believes, and this is the title of Chapter 3, “How you feel is a lie.” Perryman says you may go into a workout feeling weak, but end up feeling good as the workout progresses and breaking personal records. Quoting Roman Emperor Marcus
Aurelius Antoninus, “Reject your sense of injury and the injury itself disappears.”

Squat Every Day is 264 pages, but it won’t take you long to finish as Perryman writes in a conversational style and includes many interesting stories to keep your attention. At the very least, it will challenge your perspective on how hard and how frequently you can train.

[Note: You can purchase Matt Perryman’s Squat Every Day: Thoughts on Overtraining and Recovery in Strength Training at Amazon.com.]