A behind-the-scenes look at the workouts of a Mr. Olympia legend

Whenever a bodybuilder achieves success at the pro level, especially at the Mr. Olympia level, books about their training are sure to follow. Sometimes the content of these publications may not reflect what the champions actually did. This is not the case with the Dorian Yates Training Journal: 1985-1990.

To those new to the Iron Game, Dorian Yates is a six-time winner of the Mr. Olympia title, the most prestigious accomplishment in professional bodybuilding. Winners receive the coveted Eugen Sandow trophy, named after the bodybuilder, strongman, and physical culturist who has been called The Father of Modern Bodybuilding. Only four men have taken home more Sandows than Yates: Ronnie Coleman and Lee Haney with 8, and Arnold Schwarzenegger and Phil Heath with 7.

Prior to Yates, symmetry was essential to success in the sport. This was evident by the aesthetic but less-muscled physiques of Olympia winners such as Frank Zane (1977-79), Chris Dickerson (1982), and Lee Haney (1984-1991). Haney defeated Yates in the 1991 Olympia, retiring with his eight titles, and it was the last time Yates would lose.

For the next five years, the Olympia was all Yates. At 5-feet 10.5 inches, in peak condition, Yates stepped on stage at 275 pounds, compared to Haney, who was a half-inch taller and weighed 248. Such development is why Yates was one of the first “mass monsters” of the sport. How much mass? For your consideration: 21-inch arms, 31-inch thighs, 22-inch calves, and a 58-inch chest that tapered down to a 34-inch waist. Especially impressive was Yates’s ridiculously wide and impossibly thick back, considered to this day as one of the best of all time. 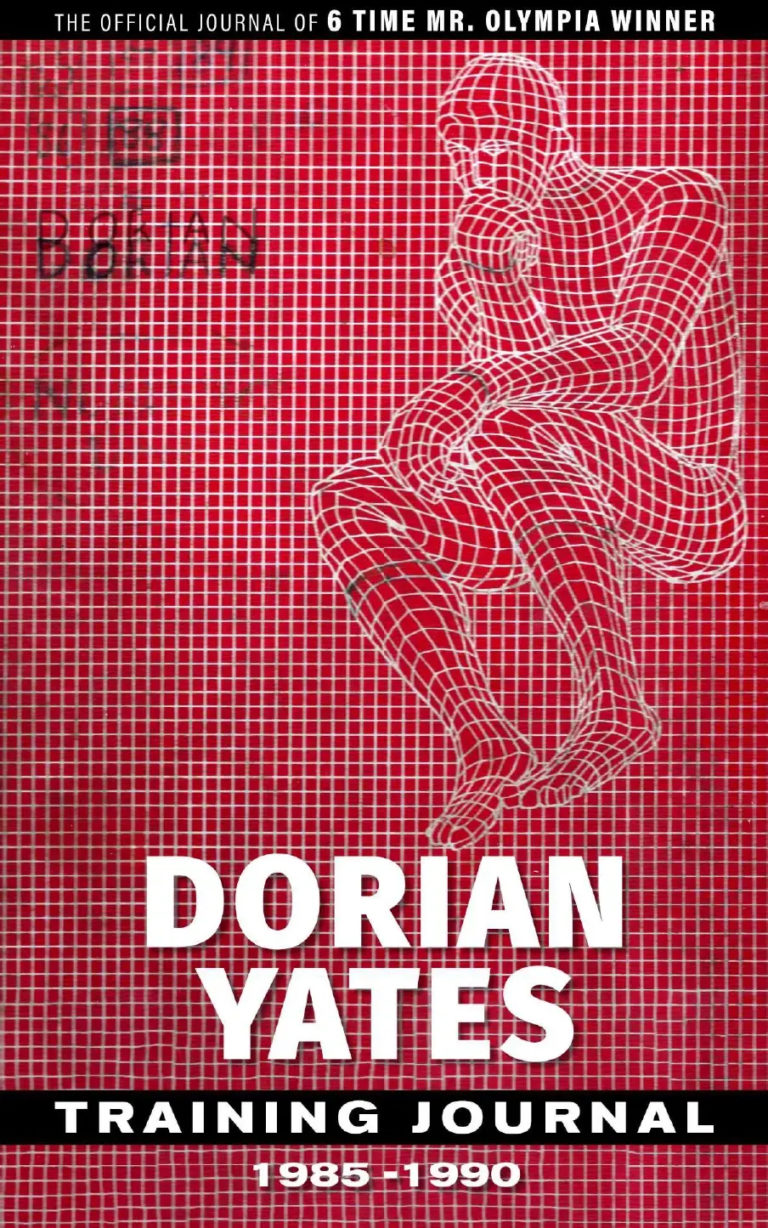 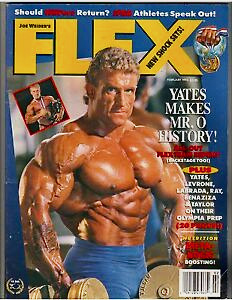 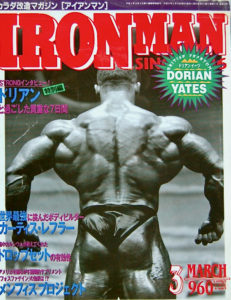 One of the first “mass monsters” in bodybuilding, Dorian Yates was frequently featured on the cover of popular muscle magazines.

Yates has accomplished what few Iron Game athletes have ever done, releasing his training logs. Sets, reps, weights, and personal comments about what went right and what went wrong — it’s all here, during a span that served as a base for his dominant Olympia wins. But don’t pull out your credit card just yet!

Yates was a proponent of training hard, heavy, and brief. Its inspiration came from Nautilus inventor Arthur Jones’ pioneering work on so-called
“high intensity training” and later the works of “Heavy Duty” proponent Mike Mentzer. To understand why Yates considered this training superior
for mass development, you should study his other works first, such as his book A Warrior’s Story and his Blood and Guts workout video. Only with
this background can you see the logic in Yates’s training system.

Tommy Kono, a 3x Olympic champion in weightlifting, was known to have coined the phrase, “The palest ink is better than the best of memories.”
Charles Poliquin frequently mentioned this comment in his writings and seminars, explaining that a training log will keep you on track to achieve
your goals. He would have been a fan of Yates’ journal.

Unfortunately, you often have to take training books by champion bodybuilders with a grain of salt, as many are written by ghostwriters who have little interaction with the champions. Coach Poliquin had his doubts when he heard that many early professional bodybuilders would perform as many as 20 sets per body part! There is no such credibility gap with the Dorian Yates Training Journal: 1985-1990. Each page is presented in Yates’s handwriting, not reprinted on a computer spreadsheet.

If you’re a serious student of the Iron Game and want to immerse yourself in the journey of one of the greatest bodybuilders of all time, do your homework on Yates’s training methods. Then order a copy of the Dorian Yates Training Journal: 1985-1990 and discover for yourself the training gems that can help you achieve your goals.

If you’re a coach or an athlete, the Dojo of Strength is the best place to receive exclusive content from Charles Poliquin, monthly programming, and up-to-date training information on performance, nutrition/supplementation, & lifestyle. Join today for instant access!