One of the most anticipated presentations at the 2016 SWIS Convention in Canada was the one by Dorian Yates called “Bodybuilding Techniques of a 6x Mr. Olympia.” And it did not disappoint.

One of Charles R. Poliquin’s favorite sayings was “Change the Game!,” and Yates did just that. Consider that Lee Haney won eight Mr. Olympia titles, from 1983 to 1991. Haney was 5-foot-11, a half-inch taller than Yates, with about 240 pounds of muscle.

In 1992, Yates signaled the era of the mass monsters with 260 pounds of shredded muscle that included 21-inch arms, 22-inch calves, 31-inch thighs, and a 58-inch chest that tapered down to a 34-inch waist. Oh, and when Yates turned around, the unprecedented width and thickness of his back signaled “game over!” to his competition. Yates didn’t slack off, winning five more Sandow Mr. Olympia trophies. 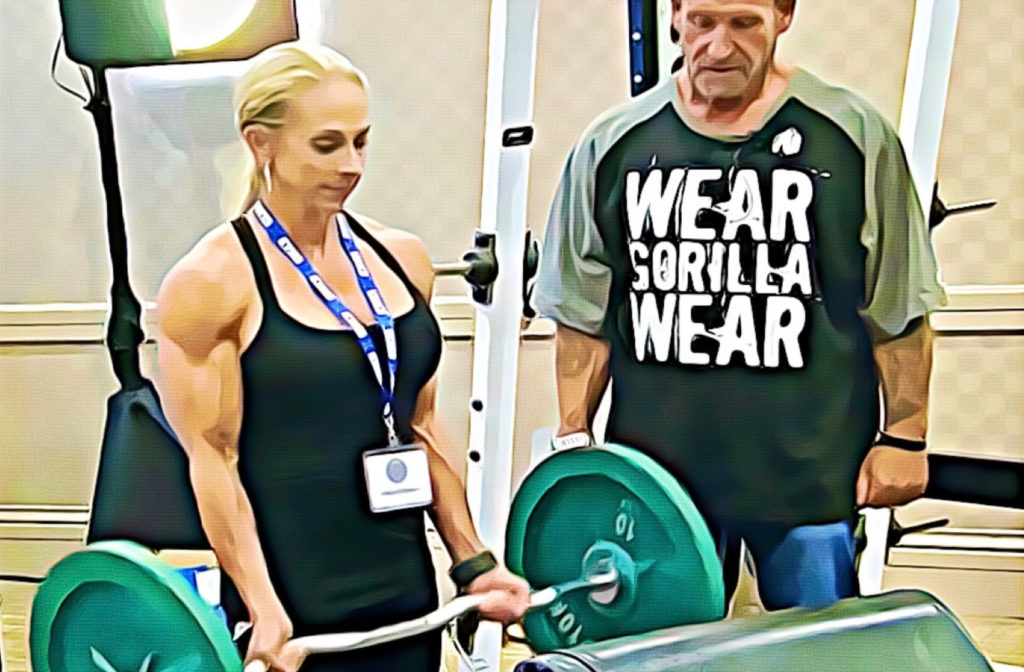 Yates began his presentation by giving credit where credit was due. He says his training, which he calls Blood and Guts, was based on the pioneering work of Nautilus inventor Arthur Jones and later pro bodybuilder Mike Mentzer. Jones and Mentzer believed the key to achieving maximum muscle growth as quickly as possible was to find ways to increase the intensity of training. However, to achieve the necessary intensity for such growth, the workouts had to be brief. How brief?

“The total amount of weight training that I did to win those Mr. Olympia’s was less than four hours a week,” says Yates. As he was striving to fulfill his physical potential in terms of muscle size, his training required him to not work to muscular failure, but at times beyond muscular failure with techniques that included assisted forced reps and negative reps.

Yates says that one of the benefits of high-intensity training is that they make you strong, brutally strong. He shared a story in which strongman Bill Kazmaier came to train at Yates’ gym in Birmingham, England. He said Kazmaier came up to him and remarked that he was strong for a bodybuilder. This puzzled Yates. He had never been to the United States but thought that everyone there trained heavy. By the way, on Planet Yates, that meant 120-pound dumbbell flys in strict form and incline bench presses with 405 pounds.

It should be pointed out that throughout the presentation, Yates encouraged the audience to ask questions, answering each one honestly and thoroughly (and often with a story to go along with it).

The Devil in the Details

Charles R. Poliquin frequently shared the following comment by Tommy Kono, a 3x Olympic champion in weightlifting, “The palest ink is better than the best of memories.” Yates agrees, explaining that a training log will keep you on track to achieve your goals by showing him what is working and what is not. Yates said that between 1984 and 1997, he recorded every workout, every meal, and pretty much everything relevant to what he did as a bodybuilder.

These training logs reinforced Yates’s training philosophy that more training is not necessarily better training. For example, he noticed that if he exceeded a certain amount of time in the gym, his progress plateaued. On this subject, Yates shares six years of his training logs in the Dorian Yates Training Journal: 1985-1990. These are his non-edited training logs, as each page is presented in Yates’s handwriting, not edited by a ghostwriter and reprinted on a computer spreadsheet.

Yates says there were many misconceptions in the muscle magazines about his training, such as claiming that he only did one set per exercise. What he actually said was that after a high-intensity set, there was no reason to do more. “But to get to that point obviously you’ve got to warm up.” From here, he provided an example of a chest workout. For example, he might perform a decline press (which he felt was superior for chest training) using a guideline of 50 percent of max for 6-8 reps, 70 percent of max for 6-8 reps, then the last set to failure – just three sets. No more! After that, perhaps two more exercises for the chest, and since these muscles were already warmed up, maybe only two sets for each of those for a total of seven sets.

That’s quite a lot of quality content so far, but consider that Yates was only 15 minutes into his presentation!

At this point, Yates brought up a female bodybuilder, Mindi O’Brien, to demonstrate his high-intensity method with barbell curls using an EZ bar. She did one warm-up set. For her working set, she went to concentric failure, then Yates assisted her with forced reps and finally negative reps. Whew! A total of just two sets, but she felt it. When she was finished, Yates gave Mindi a bonus tip, telling her that if she moved her foot stance out a bit, she would be more stable.

After this demonstration, Yates took several questions from the audience. One was about how to use squats with such training. Yates said that with squats, additional sets may be required (again, “may” be required). He added that when he started bodybuilding, he admired the quad development of Tom Platz and learned through the muscle magazines that Tom loved squats, so he did squats. However, during his pro career didn’t squat because a hip injury made the lift painful to perform, forcing him to look into other ways to train his legs. One of his favorite exercises that didn’t bother his hip was the Smith machine squat with the feet forward (to target the quads more). He would use up to 600 pounds on this exercise for reps!

Several times during the presentation, Yates emphasized how lucky the audience was to be at SWIS to learn from the other presenters, particularly in the area of sports medicine. He said he injured his biceps using 440 pounds in the bent-over row, not because of the weight he used but due to alternated biomechanics caused by restrictions in his shoulder. If he knew then what he knew now, he may have avoided that injury.

Throughout the remainder of the presentation, Yates demonstrated the correct form on several exercises, one being a back exercise named after him called the Yates row. He would begin by explaining the function of the muscle, what his favorite exercises were, and how he would incorporate them into a workout. He would then demonstrate the exercise and have a volunteer from the audience perform it while he coached them. One subject that generated a lot of interest was Yates’ approach to calf training.

Yates’s calves were among the best in the business, and his discussion on how he trained them was worth the price of admission. Yates didn’t endorse the belief that because you walk on your calves all day you needed to train them with ultra-high reps and sets. He would train them pretty much like any other body part, and that meant training heavy. His problem was that the calf machines in his gym didn’t have enough weight for him, so he had a friend build him a heavy-duty calf machine. More specifically, a super heavy-duty calf machine that enabled Yates to perform standing calf raises with 1500 pounds for up to 15 reps!

The second half of Yates’ presentation could best be described as a town hall meeting, as he focused on encouraging audience members to ask questions. He even brought up a few topics on his own that generated more questions. Yates answered questions about diet, supplements, steroids, and his views on what is good and bad about modern competitive bodybuilding.

Yates concluded by saying that when he decided to become a competitive bodybuilder he was all-in, 100 percent. He said he didn’t want to look back on his career and say, “What if?” After six Mr. Olympia wins, Yates has no regrets. (TSS)

[Yates’s two-hour presentation at SWIS is available at https://www.swisvideoflix.com}